The following statement was issued by the North Carolina-based Black Workers for Justice on Sept. 19.  Read at tinyurl.com/55kuk8ty.

Greetings to Our Revolutionary Family, Friends and Comrades,

It is with great sadness and profound loss that we announce the passing of our exemplary revolutionary warrior and leader, Comrade Brother Saladin Muhammad. Saladin passed this morning after a long battle with illness. His wife, Naeema and son Muhammad were with him as he transitioned. He fought until the end. They described him as being at peace. 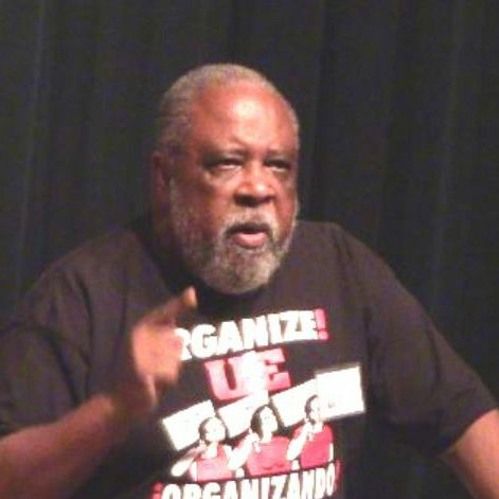 Brother Saladin leaves an outstanding legacy of revolutionary commitment, leadership, consciousness and direct organizing of our people’s struggle for national liberation. He was a commander-in-chief of revolutionary forces throughout the Black Liberation Movement and a staunch fighter for the Black Working Class. He worked tirelessly and with phenomenal energy to organize, guide and lead our people’s fights and battles against oppression. He was an internationalist, upholding the worldwide struggle against capitalism and imperialism. His intellect, insight and analysis was outstanding in the theory and practice of organizing class and revolutionary struggle and the tactics and strategy of social transformation, national liberation and socialism for the African American people.

Saladin’s unmatched organizing skills led to the formation of the Black Workers for Justice, UE Local 150, and the Southern Workers Assembly, just to recognize only a few of his impactful accomplishments. And these organizational formations of the Black working class were built in the context of North Carolina, a state widely recognized for its anti-unionism and racist history and in the U.S. South, where the lack of a strong, progressive labor movement in the southeast region has been the Achilles heel of the U.S. national labor movement. The struggle to build a “new trade unionism” in the U.S. South must continue.

His leadership and guidance, upon which thousands around the country and the world relied, is irreplaceable and will be sorely missed by all of us. Saladin was active in the struggles for justice and liberation for more than 50 years.