The state of Oklahoma is making execution history. It is poised to become a serial killer. On July 1, an Oklahoma court set execution dates for 25 men on its death row who have exhausted their appeals. Executions will take place each month for 25 months. 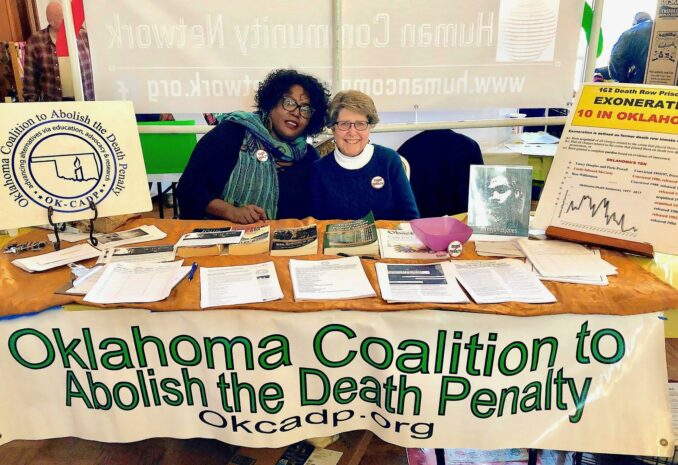 The first, James Coddington’s execution, was carried out Aug. 25, after Governor Kevin Stitt rejected the Oklahoma Pardon and Parole Board’s recommendation of clemency.

Richard Glossip, a man who has strong claims of innocence, had been scheduled for Sept. 22 but was reset for Dec. 8. The next Oklahoma execution is set for Benjamin Cole, Oct. 20.

Executions in Oklahoma had been held off for several years, after several executions were horrifically botched. However, courts finally approved a series of drugs to be used, and the court set these 25 dates. There are 43 people on death row in Oklahoma, so over half those on the row are scheduled for execution.

On April 29, 2014, the execution team had trouble finding a vein in the arm of Clayton Lockett. They decided to insert an IV in his groin, but they used a wrong-sized needle. Finally, after 45 minutes, Oklahoma officials decided to halt the execution. Lockett then died of a heart attack while lying in the execution chamber.

Oklahoma officials did not follow execution protocol Jan. 15, 2014, and used a wrong drug as they were murdering Charles Warner. His final words were, “My body is on fire!” He was supposed to be unconscious! They were supposed to use a drug called potassium chloride but instead used potassium acetate, which was wrongfully delivered to the state and went unnoticed by those carrying out the execution.

Last October, Oklahoma carried out its first execution since those that were botched in 2014 and 2015. John Marion Grant was put to death Oct. 28, 2021, and he had around two dozen convulsions and vomited as the drugs were given. At one point a doctor went in to wipe the vomit off Grant’s face and neck. The prison director said there would be no changes made. So apparently, this was just killing as usual. (tinyurl.com/yc2yy7u7)

If you can tolerate reading about torture, there is a list of botched executions in the U.S. that prove that legal lynchings are experiments taking place on live human beings, without a predictable outcome. Those on death row are human guinea pigs for states trying to figure out how to kill a person. (tinyurl.com/28aujna4)

The use of the death penalty, like many issues, is reflected in statistics, many stories, trends, important dates, public events, press coverage and history. Texas has made much history in what is called “the modern era” by using executions so often that no state will ever catch up with its total of 575 executions. Stories of the 186 innocent people who actually survived death row in the U.S., since the death penalty was reinstated in 1976, and were exonerated are stories that should be turned into movies.

Former President Donald Trump’s execution spree was historic. Between July 2020 and January 2021, during the height of the COVID-19 pandemic, which was raging in prisons, the federal government executed 13 people. There had not been a federal execution in 17 years. And nine members of the execution team at the federal prison in Terra Haute, Indiana, contracted COVID-19, according to the Death Penalty Information Center.

Oklahoma’s planned spree of legal lynching gives more credence to abolitionists — who demand no more executions. Period. There is no way, no manner, no plan to humanely lynch people. Capital punishment must go into the dustbin of history. It is one more racist and anti-worker attack on our class.