The Vietnam Ministry of Health ensured on Aug. 3 that members of the LGBTQ+ community will receive appropriate and respectful medical care. 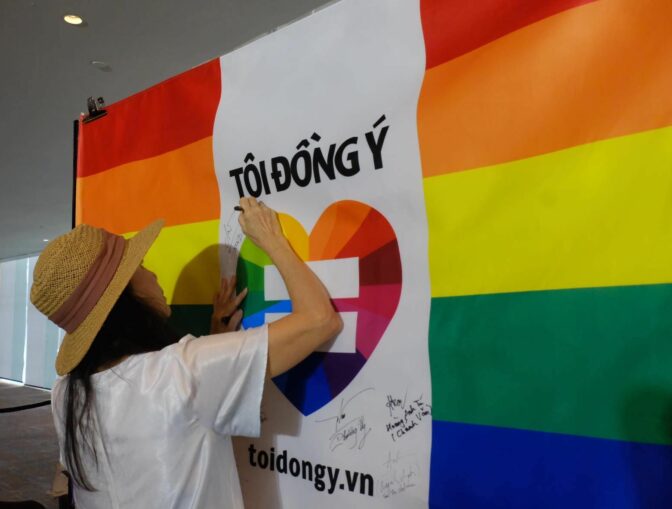 While legal protections of the Vietnamese LGBTQ+ community have been in place formally for several years, the application of these regulations has not been uniform. There are still many people in the medical field who do not understand or respect the LGBTQ+ community. According to the Vietnam News, a new Ministry of Health document “underlined that homosexuality is not a disorder” and demanded that medical centers and experts who say they can “cure” homosexuality stop making this false and harmful claim. (tinyurl.com/435u3rju, Aug. 10)

The Ministry of Health action has come “amid reports of forced medical examinations and so-called ‘treatment’ for members of the LGBT community.”

The Ministry sent its sharply worded document to all provincial and municipal health departments, health institutes, health examination and treatment units, with instructions to pass the information on to all health care providers under their management. To support the Ministry’s position that “homosexuality is not an illness and therefore cannot be ‘cured,’ need not be ‘cured,’ and there is no way of changing this,” it cited positions of the American Psychiatric Association and the World Health Organization (WHO).

Staff should not force treatments on their patients, but they can offer psychological assistance, which is only to be given by people trained in this field. There should be increased oversight to be sure medical care is in compliance with professional codes and the law. (tinyurl.com/445aazra, Aug. 18)

According to a Tuoi Tren Vietnam Life feature, the Ministry’s action has encouraged activists who have been conducting an aggressive campaign for gender equality and increased public acceptance of same-sex marriages. While same-sex marriages are legal, they “continue to face many barriers . . . and [are] not awarded the same rights and responsibilities as heterosexual wedlock.” (tinyurl.com/5n6fyukh, Aug 11)

Lương Thế Huy, a well-known LGBTQ+ activist, poetically described the document as a “cool shadow offered by the biggest tree in the center of the village, that protects the dignity of all people but just enough to let the light of knowledge reach the dark recesses of bias and prejudgment.”

The attention given to the medical care LGBTQ+ people should be receiving in socialist Vietnam is particularly striking when compared to the chaotic and highly politicized context of medical care given — and denied — to LGBTQ+ people under capitalism in the U.S.