The author is a Venezuelan international relations expert, who was previously Director of the International Relations of the Presidency of the Bolivarian Republic of Venezuela, his country’s ambassador to Nicaragua, and an advisor for international politics for TeleSUR. Translated by unitedworldint.com and edited by Workers World. 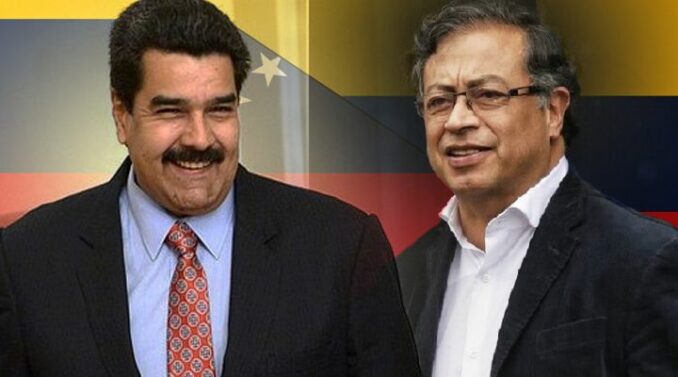 The result of the first electoral round in the Colombian presidential elections held May 29 has already revealed a clear perspective on the future of that country’s relationship with Venezuela, and it has established with certainty that this election would bring about a transcendent change with respect to the events of the most recent past.

The two candidates who will have to contend in the second round, Gustavo Petro and Rodolfo Hernández, stated with certainty their will that, if they were elected to the highest office in the country, they would immediately focus on reestablishing ties with their neighbor to the east.

Caracas expressed its satisfaction at verifying that a new era would open in bilateral relations as of August but kept a discreet distance from favoring one candidate over the other, so that regardless of who the new president will be, the dealings with the new government will be developed with the greatest impetus in favor of the interests of both peoples [Venezuelan and Colombian].

Petro’s victory in the final second round June 19 cleared up any doubts about the direction and pace of the ties between the two countries. It is no secret to anyone that, in political terms — and despite the differences — Petro is much closer to Caracas than Hernández. His past militancy in the April 19 Movement (M-19), an organization of clear Bolivarian leaning, means an identity with the orientation of the political process in Venezuela, based on its own roots.

Thus beginning with the electoral victory of Colombia Humana, led by Petro, the two sides began to study the forms and content that relations would acquire, and they have devoted themselves to the search for methods and instruments to facilitate the path to travel toward normalization of bilateral ties. Just three days after his electoral victory, and following a phone call with President Nicolás Maduro, Petro made public the new government’s willingness to restore normal relations at the borders.

In turn, Venezuelan President Nicolás Maduro announced that he had spoken with the elected president of Colombia and, on behalf of the Venezuelan people, congratulated him on his victory. They discussed peace and a prosperous future for both peoples.

Meetings at the border

This exchange set the tone to begin to clear the obstacles to allow regularization of ties. In this way, on July 4 in the Venezuelan border city of San Cristóbal, businessmen from both countries met in an event called “Border Agreement,” in order to prepare the ground for the border’s already imminent reopening, which had been restricted since 2015 and completely closed as of 2019.

On the Venezuelan side, the governor of the state of Táchira, Freddy Bernal participated and acted as host — and on the Colombian side, Rubén Zamora and Wilfredo Cañizales, representatives of the Alianza Histórico coalition, the political group of the new Colombian president. Likewise, a “high-level commission” made up of senators, politicians and union representatives participated in the activity.

Exactly one month later, a similar event was held Aug. 4 in the department of La Guajira, in which businessmen from Colombia and Venezuela met to establish conditions within the framework of the productive development, which is foreseen by the companies that will participate in the commercial exchanges that will take place after the borders reopen.

The meeting took place at the Paraguachón Land Migration Control post, in La Guajira, a border area with the Venezuelan state of Zulia.  The Venezuelan business people were represented by Rafael Bula Blanco, who, regarding the issue, stated: “Our basic proposal is complementarity, to use the advantages to promote the companies of both countries and promote imports to the Caribbean integrating the Wayuu population.”

Attending the meeting for Colombia was Alfredo Saade, Border Advisor to President Petro, who, among other things, reiterated that “one of the greatest objectives of the new government is to reestablish relations with the neighboring country to obtain positive economic indices in the Gross Domestic Product (GDP).”

Within this framework of binational approaches, on July 28 Bernal, accompanied by Foreign Minister Carlos Farías, received the new Minister of Foreign Affairs of Colombia, Álvaro Leyva Durán, in San Cristóbal.

Restoring relations between the armed forces

A new item was added to the agenda Aug. 9, when Venezuelan Defense Minister Vladimir Padrino reported he had “received instructions from President Nicolás Maduro to establish immediate contact with the Colombian Defense Minister (Iván Velásquez ) to restore our military relations.”

Both countries face the challenge of the common fight against paramilitarism and the Colombian armed gangs of all kinds that operate on the border and enter the territory of Venezuela. That’s true even though, since 2021, the Binational Interunion Council of the Norte de Santander-Táchira Border Axis was installed; cooperation in this area is essential for normal operation of the borders to materialize.

Continuing the accelerated course of actions, on Aug. 10 in the legislative arena, the Colombian Senate approved some policies to pursue the reestablishment of relations with Venezuela in various sectors. The parliamentarians proposed addressing border and security issues along the 1,379 miles of shared border.

Assuming that the [Venezuelan-owned] Monómeros [company] issue is one of the most thorny on the path to reestablishing relations, President Petro pointed out that this is one of the most complex issues because the company is bankrupt, and “it is necessary to see technically how it can be restarted, analyzing the legal forms and the [U.S.-imposed] sanction system that is still in force,”

In this context, Venezuela began actions Aug. 12 to regain control of this company by appointing a new Board of Directors, a measure that seeks to put an end to its irregular management.

To do this, the Venezuelan company Pequiven filed a document Aug. 8 with the Barranquilla Chamber of Commerce, signed by its president Pedro Rafael Tellechea Ruiz, with a list of names of the Venezuelan team that seeks to assume legal control of Monómeros, an action which coincides with the recent decision of the Superintendence of Companies of Colombia — the government body in charge of auditing companies in that country — in order to eliminate the maximum degree of supervision that it maintained in Monómeros since September 2021.

Finally, as the culmination of this normalization process, President Maduro appointed Félix Plasencia as ambassador to Colombia Aug. 12, while his trans-Andean colleague did the same by appointing Armando Benedetti to represent Colombia in Caracas.

In this way, the route for the reestablishment of bilateral ties was clearly traced, leaving behind four difficult years under Colombia’s terrorist Iván Duque government.