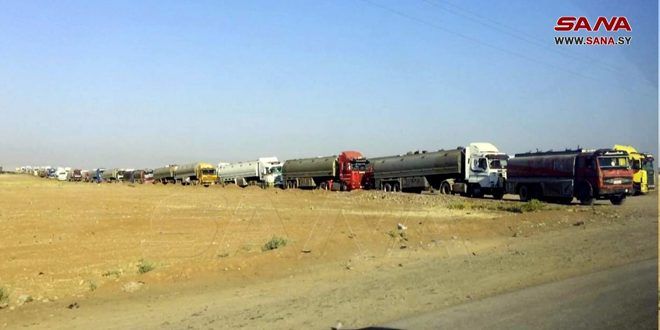 A 2021 New York Times investigation revealed that U.S. airstrikes in Syria had produced far more civilian casualties than previously acknowledged. (Dec. 18, 2021) Public scrutiny forced Defense Secretary Lloyd J. Austin III to order a change in the way the U.S. military processes reports of civilian harm, although he did not end these criminal bombings. (NY Times, May 17)

Israeli forces too carried out an Aug. 25 aerial assault on Tartus, a city on the Mediterranean Sea harboring a Russian naval facility. Hama, an ancient city of a million people in West Central Syria was also targeted. The official Syrian Arab News Agency (SANA) reported that Syria’s air defenses brought down most of the incoming missiles. The U.S. military often coordinates its actions with Israel’s.

Lebanese media outlets reported that Israeli warplanes continually violate Lebanese airspace in the attacks on Syria. Other Israeli attacks are often launched from Golan, a Syrian province illegally occupied by Israel since the June 1967 war.

Syria remains determined to resist each strike. On the same day, a military facility housing U.S. occupation forces in Syria’s eastern province of Dayr al-Zawr came under attack twice with rockets fired from nearby areas. Syria’s news agency said the attacked U.S. base is inside the Conoco gas field.

Forces the U.S. has armed and funded have fought over Syria’s main oil and gas fields in the northeast corner of the country, near the border with Iraq and Turkiye.

International journalist and political commentator Steven Sahiounie, who has covered Syria’s resistance to U.S. planned dismemberment for years, after describing how U.S. forces first partnered with the Free Syrian Army and with Kurdish forces, stated:

[These groups] “proved to be ineffective . . . After a few years, it was the al-Qaida branch in Syria, Jibhat al-Nusra, which became the dominant force, and, finally, ISIS appeared on the scene. All these terrorist groups fought in the area where the main oil fields are in Syria, and at times the oil wells passed from one group to another. . . . Today, the oil fields are in the direct possession of the U.S. military.” (Global Research, Aug. 22)

SANA reported Aug. 16 that the U.S. occupation forces stole 398 tankers full of Syrian oil in one week and transported the stolen oil to U.S. bases in Iraq, using an illegal route. The prolonged crisis has cost Syria’s oil industry direct and indirect losses of $105 billion U.S.

In late 2019, President Donald Trump said, “We’re keeping the oil. I’ve always said that — keep the oil.” (Consortium News, Nov. 6, 2019) At the time of Trump’s open admission of theft, a senior State Department official said to keep and sell Syria’s oil was a war crime. And President Joe Biden has followed the identical policy of piracy.

The cost of war

Before the 2011 U.S.-instigated war in Syria, the country was fully electrified with a national grid. Syria, a secular, multinational, multilingual country, had the highest educational level in the region and full free health care. Now, millions of Syrians, more than 40% of the population, are displaced by the decade of U.S. war.

Because 80% of the oil is constantly looted, life is made more difficult with only a few hours of electricity a day. This makes it difficult to operate schools and factories. The Caesar Syria Civilian Protection Act of 2019 further cut all supplies for reconstruction.

The cost of wars in Syria and Ukraine and an expanding encirclement of China creates enormous profits for the owners of military and oil corporations. The wars create economic chaos, dislocation, inflation and supply chain shortages far beyond the targeted countries.

What is unquestioned and sailed through Congress is $8 trillion for the post-9/11 wars in Afghanistan, Pakistan, Iraq, Syria and elsewhere.