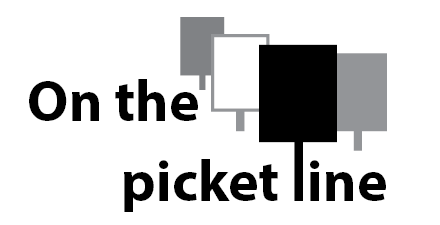 The workers announced their union drive in January and fought back against union-busting tactics, which included firing pro-union workers, by company founder and CEO Cullen Gilchrist. Travis Acton, a staff organizer for Local 400, said “I don’t expect Cullen to magically become pro-union now, just because workers won. Our contract fight will be worker-led and worker-focused.” (tinyurl.com/bddawzvu)

Besides pay increases and improved work schedules, workers want a say in store policy. In particular, workers object to a management policy banning students, who are predominantly Black. Workers worry this may unfairly target Black youths if law enforcement is called.

Half Moon Bay Ritz-Carlton workers, in San Mateo County, California, won their union election May 12, joining the 300,000 member-strong UNITE HERE Local 2. The workers, many of them recent immigrants, had brought their stories of vicious union-busting to their local parish priest.

In an open letter to the parishioners, Father Jose Corral encouraged their organizing efforts. “I feel obliged to communicate to you your right to organize and ask for workplace protections through representatives. Unions are a way for workers to negotiate for just wages, benefits and better working conditions, and to look after the rights of vulnerable workers,” said Fr. Corral. (Portside, June 20)

Fallout from the SCOTUS abortion ruling is already happening. Workers at clinics that provide abortions in states with no ban are preparing to provide care for desperate out-of-state patients, which will increase their workload.

Work in a clinic where abortions are performed is stressful. Besides the work itself, clinic staff must battle reactionaries who protest and threaten them. Clinic workers have rightly identified that only collective bargaining through a union guarantees workplace protections and proper staffing.

In May, anticipating that Roe would be overturned and to address issues such as low pay and burnout, 400 workers in 28 Planned Parenthood clinics in Iowa, Minnesota, Nebraska, North Dakota and South Dakota filed an election petition with the NLRB stating their intent to unionize with Service Employees International Union (SEIU) Healthcare Minnesota and Iowa. The majority of workers had signed union authorization cards, but clinic management refused to voluntarily recognize the union. (LA Times, June 14)

Workers at Preterm abortion clinic in Cleveland unionized earlier this year. These clinic workers are on the frontline of the battle for reproductive justice and workers’ rights.