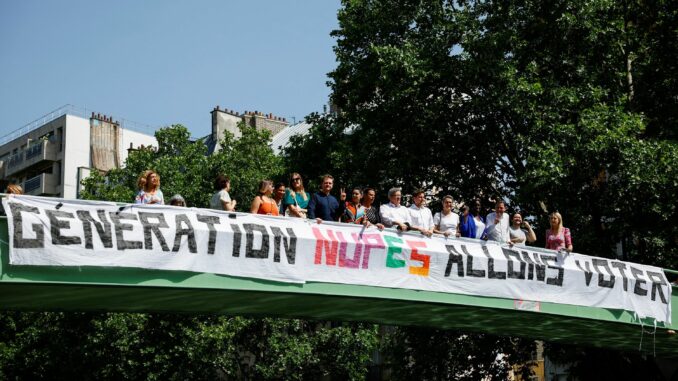 His party’s left-wing opponents, united in a coalition called NUPES, won 131 seats — the way the government counted them — and 142 seats the way NUPES tallied them.

The second key fact is that the fascist National Rally (RN), formerly named the National Front (FN), got 89 seats, 80 seats more than it had in the last parliament.

The General Confederation of Labor (CGT), the oldest and most militant trade union confederation in France, explains this startling gain for the RN, by pointing out that Macron’s party gave no support to nonmember candidates running against an RN candidate. Macron’s party had the position that it was opposed to both the “extremes,” those of the “left” from NUPES and those of the “right” from RN.

The CGT took the opportunity in its comments on the parliamentary elections to say it supports any improvement in the wages and social benefits for workers.