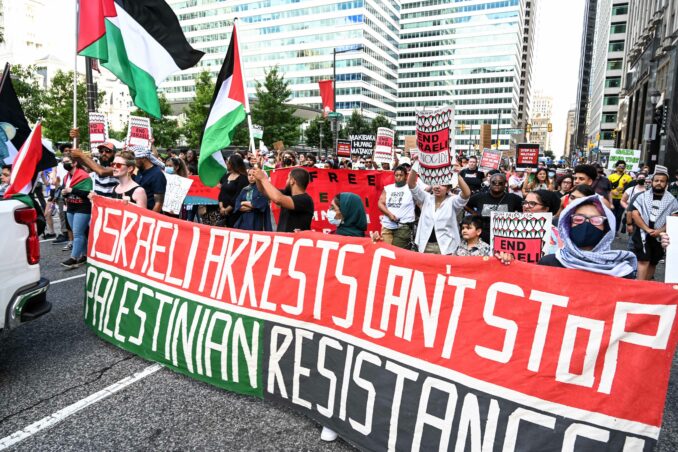 A spirited march up the Benjamin Franklin Parkway to the Art Museum followed, with speakers on a sound truck leading chants the entire route. One popular chant was “We don’t want your ‘two states,’ we want all of ‘48” in reference to Palestinian territory designated as the “state of Israel” in 1948.

The event was organized by Philly for Palestine and co-sponsored by Philadelphia chapters of Jewish Voice for Peace, Students for Justice in Palestine, CAIR and IfNotNow along with the Philadelphia Free Palestine Coalition, Boycott Divest Sanction and Workers World Party. Sponsors also included Temple University and Swarthmore College SJP and JVP-Swarthmore.

A collective of bicycle riders provided security for the event.