Plans to reopen a migrant detention facility on top of toxic military waste in Homestead, Fla., have sparked anger. Located just south of Miami, the closed facility was the largest center for unaccompanied migrant children — with 3,200 beds — before it was shut down in 2019 due to national outrage and community organizing against it. 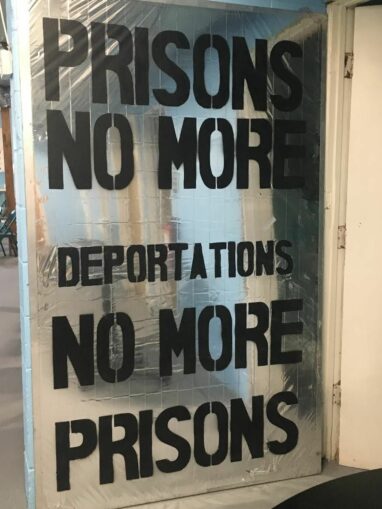 Im/migrants in detention are often given aluminum blankets, like the repurposed one in this graphic.  WW Photo: Mirinda Crissman

As of Feb. 22, the Departments of Homeland Security and Health and Human Services (HHS) under the Biden Administration plan to reopen the temporary “shelter” built to detain migrant children, this time under the name “Biscayne Influx Care Facility.”

The facility sits near Homestead Air Reserve Base. According to a report by Earthjustice and the American Friends Service Committee, its location poses serious health and safety threats to children, including exposure to toxic chemicals. The site is less than a mile from eight hot spots with 16 different sources of contamination. Lead, mercury, arsenic, pesticides and volatile compounds — many of which are carcinogenic and can cause chronic health issues — have been found in the soil and groundwater. (tinyurl.com/5vcd3h8k)

Not only is it near the site of toxic military waste, but Earthjustice and AFSC found that its proximity to the military base “violates federal and county noise restrictions. Detained kids are exposed to noise from F-16 jets at levels that can cause memory loss and cognitive stunting.”

White House Press Secretary Jen Psaki tried to spin the deliberate decision to open these “overflow care facilities” as a response to coronavirus. HHS has 13,200 beds for children, having added over 80 facilities in the last four years for a total of 200. Because of cramped, unsanitary conditions, with little ability to social distance during a pandemic, only half of these beds are usable. Influx centers like the one in Homestead or one that was recently reopened in Carrizo Springs, Texas, cost $775 a day per child. (Washington Post, Feb. 22)

These overflow facilities for migrants have very little to do with caring for children and everything to do with profits. Until late 2019, the Homestead detention center was run by Comprehensive Health Services, Inc., a subsidiary of HHS operator Caliburn International Corp.

Under their ownership, children were packed like sardines into cold rooms that hold 70 to 250 kids. Many were detained for more than six months, according to interviews done by five legal and child psychology experts in February 2019. There were multiple cases of sexual abuse by staff.

“These children are in perhaps the most restrictive and least family-like setting possible,” said Neha Desai, director of immigration at the National Center for Youth Law. “I spoke with youth that slept in rooms with 100 other kids at night. Some of them have been there for months on end, with no freedom of movement, no privacy, no human contact.” (Huffington Post, Feb. 12, 2019)

Because we have been forced to organize our societies around profit for a few, we see the U.S. capitalist government torturing children in toxic conditions and calling it “care.” These kids were forced into these cages because U.S. imperialism has made conditions in the countries they came from so unstable.

Whether it’s migrant children in what the powers that be call “influx” or ”overflow” facilities, or the 48,000 children held everyday in juvenile jails (Prison Policy Initiative, Dec. 19, 2019) — placing human children in cages is an everyday fact of U.S. empire. A government that is willing to do this to children is not the friend of the people and never has been. The facility in Homestead needs to be shut down again, and for good.

Abolish all forms of human caging! Tear down the walls! 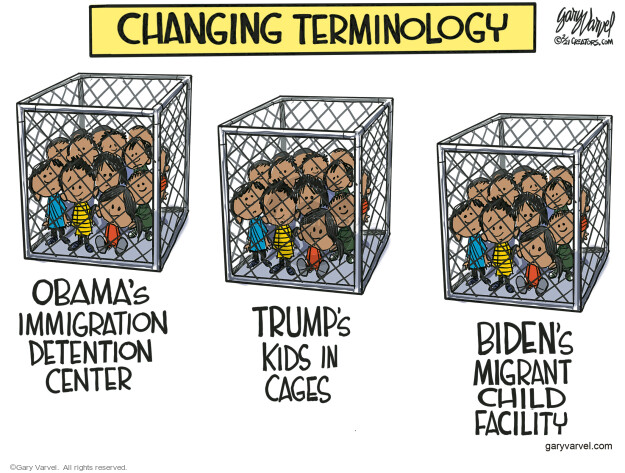