The following article first appeared on the front page of the April 1, 1960, issue of Workers World. The original headline was “South African revolution has begun!  General strike wins first victory! The mass murder of Africans was a boomerang; South African dictatorship faces abyss!” The article was written by V. Grey, aka Vince Copeland, a founding member of Workers World Party.

“Mass murder” was a reference to the infamous Sharpeville massacre of people protesting the pass law system on March 21, 1960, near a police station in the Black township of Sharpeville. The majority of those killed in the massacre were shot in the back while trying to flee the police terror. 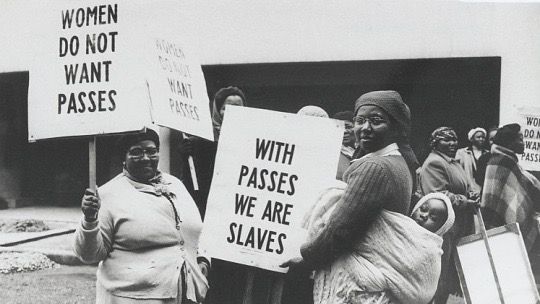 The pass laws — implemented by the racist apartheid white regime — denied the Indigenous-majority Black population in South Africa access to any part of their country, except certain impoverished townships. A Black person caught without a pass, unless given permission by a white authority, would be arrested.

The Sharpeville incident was the largest single-day massacre in apartheid South Africa up until the Soweto Youth uprising and massacre on June 16, 1976.

Following the Sharpeville massacre, the African National Congress, mentioned in Copeland’s article, helped form an armed liberation movement, Umkhonto we Sizwe. Finally in 1994 the legal apartheid system was dismantled when ANC leader, Nelson Mandela, was voted president of South Africa in the first democratic election in that country.

The International Day for the Elimination of Racial Discrimination was first declared by the United Nations on March 21, 1979, to commemorate the significance of the Sharpeville Massacre and the forceful response which helped elevate the mass struggle, including the rise of a powerful workers’ movement.

The world imperialist press has not admitted it yet. But the South Africa Revolution has already begun. The destruction of the oppressive pass law system after 153 years (although announced as a temporary concession) is a monumental

victory from which the African people will not retreat. The revolution is surging ahead.

Under the pass system, hundreds and even thousands of Africans were rounded up at a time to do hard labor on Europeans’ plantations for any “irregularity” with their passes. (The Europeans have private prisons on their land where they obligingly keep the pass violators, while they exploit them unmercifully without pay.)

The great demonstration of March 21 wherein 72 Africans were admitted to have been killed by police has shaken the most hated, dictatorial, Jim Crow government in the world.

The mass slaughter, instead of terrorizing the Africans, was followed by a nationwide general strike which terrorized the reactionary government! The driving force of this struggle has split the South African ruling class wide open — a sure sign of a classical revolution situation.

A strong minority of the ruling class — represented by the United Party — favors an approach to the more moderate element in the African leadership, that is, the leaders of the African National Congress who stood aside from the great demonstration. (It was the Pan-Africanist Congress that called the demonstration and initiated the present struggle — not the “moderates.”)

The ruling National Party has the more vicious and extreme position and is the author of the “apartheid” policy. The United Party is already somewhat defeatist.  It is already willing to surrender some real gains to the Africans because it fears that the African masses may otherwise take everything. But it hopes to use the moderates, the right wing of the revolution, in a way that will paralyze the effectiveness of the left wing and put the revolution back into safe channels.

The exact lineup of forces in the camp of the African leadership is not too clear yet. But it is obvious that there are two currents. One favors immediate and unconditional independence. The other favors compromises and “emancipation by stages.”

The second current is already weakening. The call for freedom will no longer be denied. The South African people are determined to win their country back.

The reactionary Nationalist Party has temporarily agreed with the “liberal” United Party and  given in to the slavish pass system. But from this time onward, the crumbs of compromise will be as great a goad to the masses as the whip of counterrevolution. The South African revolution is on!