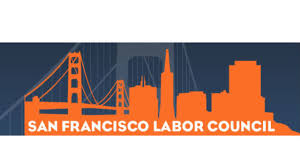 The following is based on a webinar presentation given on the July 18 Workers World Party webinar: “Why We Defend China.” It can be viewed on Facebook at tinyurl.com/y2fevsmx.

Military veterans tend to have a deeper understanding of the human costs of war. So it was not surprising that Veterans for Peace, East Bay chapter 162, introduced a resolution, “Pivot to Peace with China and the World,” urging a de-escalation of international tensions that could lead to a major war. On July 13, the San Francisco Labor Council, concerned that leaders of both major political parties were back to beating the drums for war, adopted this resolution for use by labor unions:

“Whereas, the San Francisco Labor Council, representing some 100,000 working people in labor unions, has many times advocated the resolution of international problems by peaceful means, and opposed attempts to draw the United States into war, and

“Whereas, the so-called Pivot to Asia of 2011 was in fact a pivot toward war and confrontation that identified China as a competitor and adversary, carrying with it the threat of nuclear war, and

“Whereas, this dangerous policy has created palpable feelings of fear, animosity and even hatred not only toward the People’s Republic of China but toward Chinese people in general and Chinese-American citizens and other Asian peoples in the United States, and

“Whereas, humanity now faces multiple crises which threaten the well-being and very survival of our species, crises which demand the cooperation of the two largest and most powerful countries, China and the United States,

“Therefore, be it resolved that the San Francisco Labor Council urges the government of the United States to reject escalation toward global conflict and instead pursue peace, non-intervention, and cooperation with China and the rest of the world.”