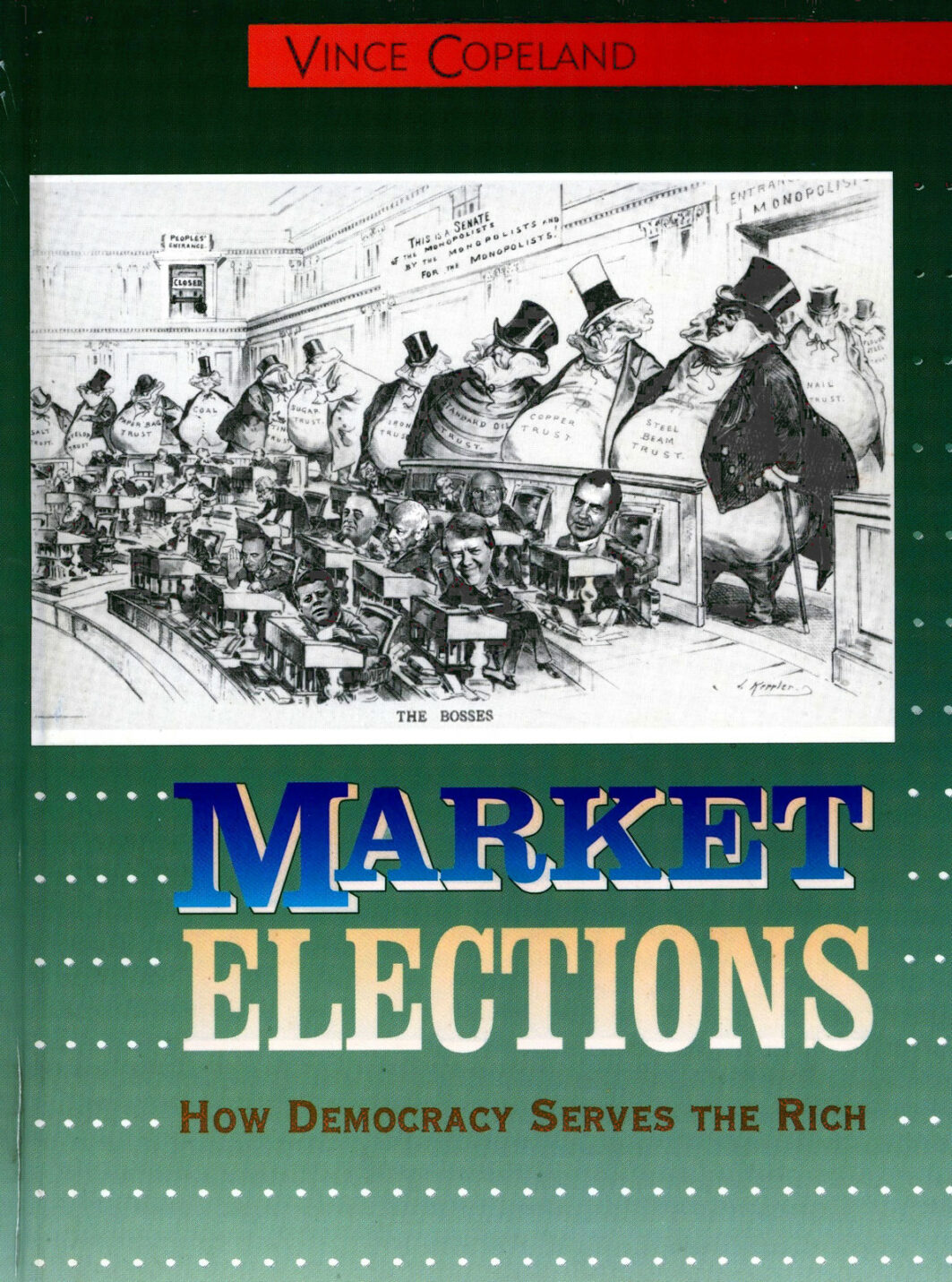 Every four years, big money chooses the presidential candidates. Their war chests filled to the brim, they are then packaged by the media as "the people's choice."

It's U.S.-style democracy—of the rich, by the rich, and for the rich.

But how do these chosen politicians win the votes of the millions as well as the millionaires?

In this fascinating tour through the history of U.S. presidential elections, Vince Copeland explains the devious art of capitalist politics. And he shows how mass movements can upset even the best-laid plans of the "king-makers."

Who has been excluded from voting? How were electoral politics used to betray Black freedom after the Civil War? How did two Roosevelts wield reform at home to facilitate empire-building abroad? Why did no 'normal' elections take place between 1960 and 1976? Market Elections takes us into smoke-filled rooms and raucous conventions to tell the story.