This slightly edited talk was given at the July 16 Workers World Party webinar: “Why We Defend China.” The webinar can be viewed at tinyurl.com/yxbbpwwy/.

The U.S. ruling class has increasingly turned to misinformation and propaganda campaigns to maintain control of the country during the COVID-19 epidemic and to concoct imperialist conflict with China. The International Action Center opposes these moves and has gathered these facts to highlight the failures of the U.S. and to oppose attacks on China that set the stage for conflict. 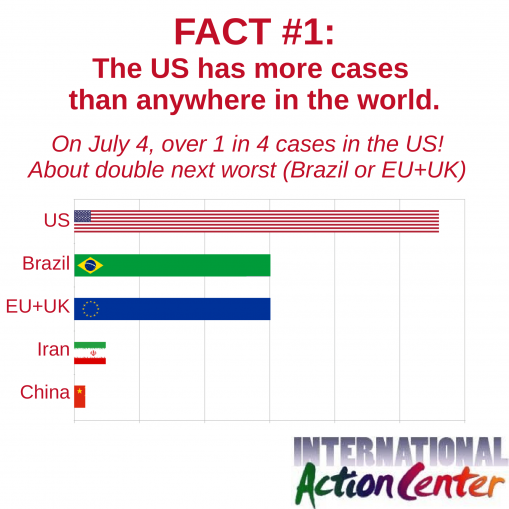 FACT #2:  The U.S. outbreak is growing faster than anywhere in the world. 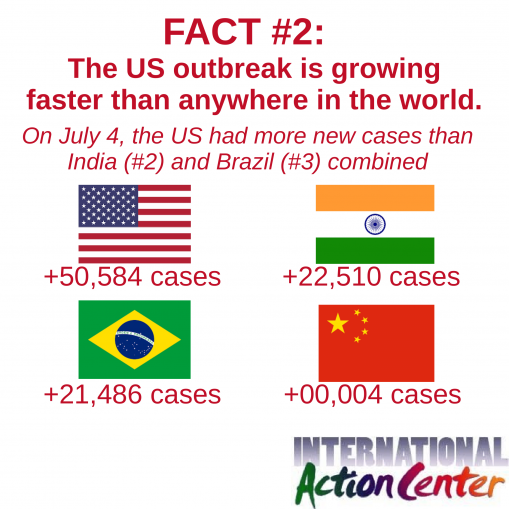 The U.S. has had the most daily new cases anywhere in the world since early March, other than a brief period when Brazil matched the U.S. The U.S. growth rate continues to increase. As of July 4, the U.S. had 132,000 deaths, 661 in preceding 24 hours. China has had only 4,634 deaths, with the most recent on May 16. 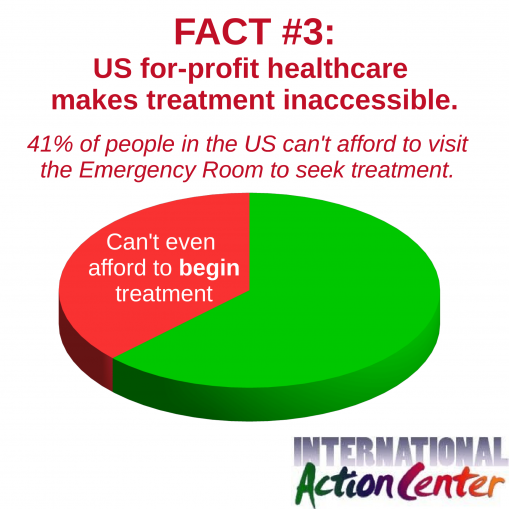 The U.S. spends 17% of its gross domestic product on health care, over half the next highest country, 11% in Switzerland. Yet only 84% of adults see doctors each year, and drugs cost more than in the rest of the world. While its population grows, the U.S. has fewer hospital beds per person than most nations and closes hospitals faster than most nations. 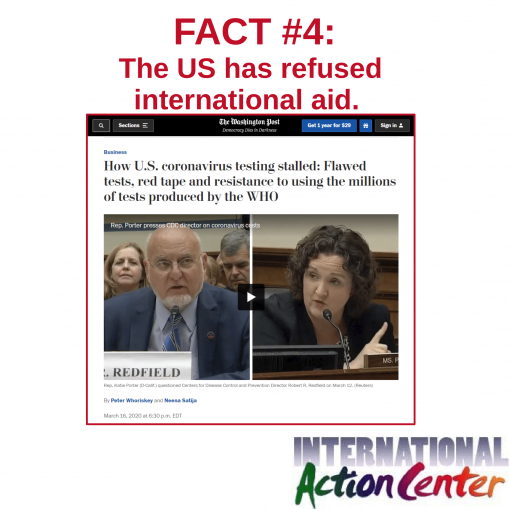 Within 12 days of discovering the virus, Chinese researchers sequenced its genome and shared it with the World Health Organization to develop diagnostic tests made available weeks before the first U.S. deaths. The U.S. did not collaborate with Chinese or other WHO researchers, leading to the catastrophic outbreak. 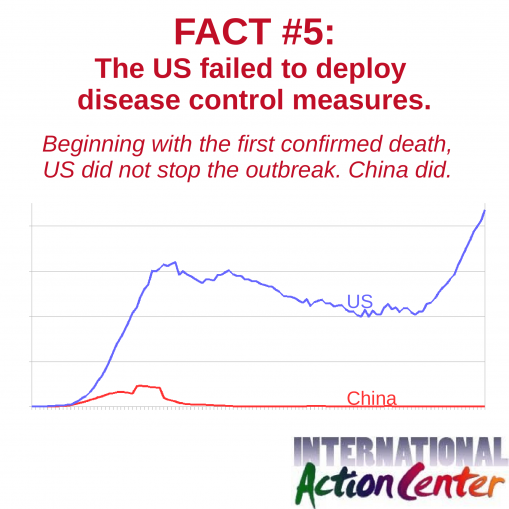 The overall U.S. response never slowed viral spread to half its highest rate, and the U.S. reopened sectors of its economy while having the most cases in the world and the fastest spread. In contrast, the Chinese response in Wuhan sustained a lockdown of 57 million people until there were no new daily cases.

FACT #6:  In the U.S., responses focused on economic profit rather than human lives. 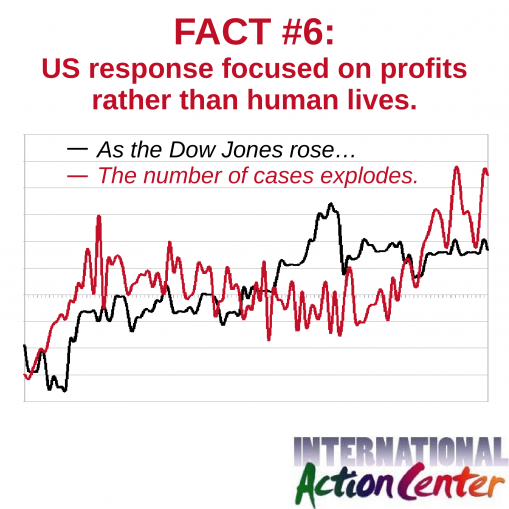 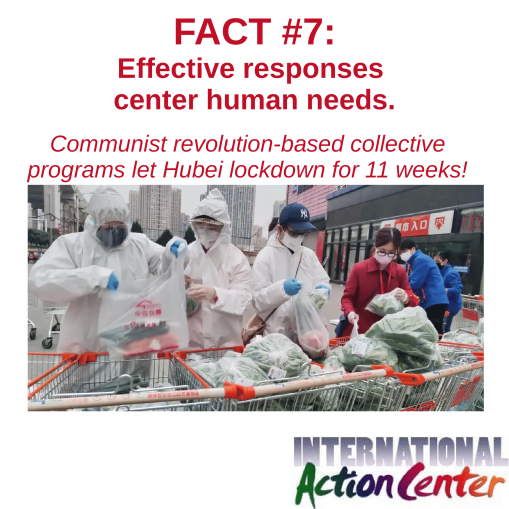 FACT #8:  The U.S. has chosen militarism over health. 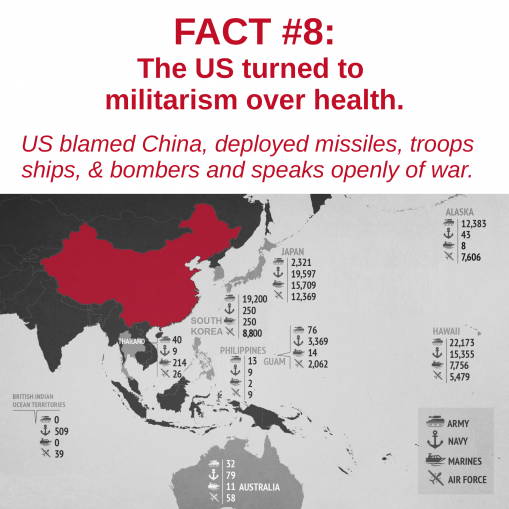 Since the outbreak, the U.S. has stoked Sinophobic attacks against Chinese people and falsely blamed China for spreading the virus. The U.S. has aggressively placed aircraft carriers near China, leaked false reports claiming the virus was a biological weapon and postured in general for war rather than peace and health.

Prepared for the International Action Center. More info at iacenter.org.