Remarks were given April 24 at the “U.S. Empire vs. Political Prisoners” webinar teach-in sponsored by Mobilization4Mumia and held in honor of the 66th birthday of political prisoner and revolutionary Mumia Abu-Jamal, incarcerated for 39 years by the U.S. state. Kevin Rashid Johnson, currently incarcerated in the Pendleton Correctional Facility in Indiana, is a member of the Incarcerated Workers Organizing Committee.

I’d like to extend my revolutionary salute to Mumia on his birthday. And I think that we do need to continue to fight for his freedom after decades of unlawful and political imprisonment. And to sum up quickly, from the dungeons of feudal Europe to the razor-wire plantations of today’s capitalist America, prison has always served a particular political function. Containing, suppressing and discouraging people of color, the poor and the people from resisting the oppressive conditions imposed upon us by our class enemies. 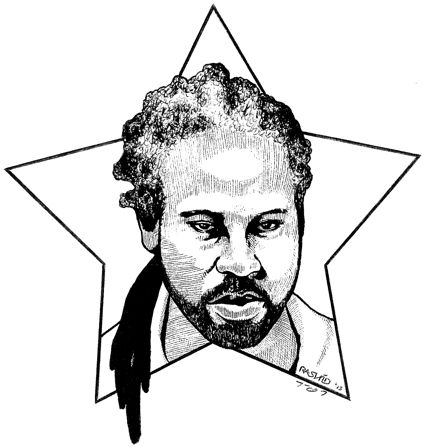 In fact, alongside the police and military, the role of prisons is an essential aspect of the ruling-class nation’s exercise of state power. So it’s neither accidental, nor the product of devious conspiracy, that prisons in capitalist society are targeted at specific demographics and poor people. It is therefore the central component of the struggle against class and racial oppression that all of us unite and struggle against in prisons as they exist and operate in capitalist society.

This is especially important and relevant in this era of the global COVID-19 pandemic where prisons present the particular danger of the spread of this pandemic and the greater danger to the lives of those in prison, who are particularly vulnerable to this virus. So not only must we up the ante in the fight against the injustice of mass incarceration, we must also develop new alliances and methods of struggle, seizure and exercise of power by the masses in the face of these new challenges that the establishment has proven utterly incompetent and incapable of protecting anyone from.

And with that, I will conclude with these words: Dare to struggle, dare to win. And we should fight for all power to all the people.