I’m a representative of the Northeast Political Prisoner Coalition and also a former political prisoner of war. I’ve been home for some five and a half years now. I’m honored to be here among so many other great folks to speak about political prisoners. 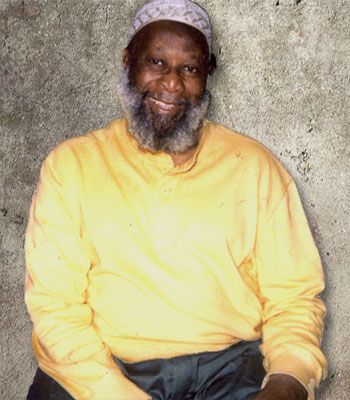 Let me start out by saying happy birthday to Mumia Abu-Jamal. We go way back. I don’t know if he remembers me when I was on the ground in Philadelphia, but I met him years ago with one of his leaders, Reggie Schell.

It’s important that we realize that, without our help, some, if not all, of our political prisoners will die in prison. Probably that’s something that most of us have already heard or know. So the question becomes: Well, what are we going to do about it?

I think this event is a great example of solidarity. The way we could all come together and speak about the things that are on our minds and wish brother Mumia a happy birthday. But we have to do something else. We have to do more — we need to really come together in solidarity.

The best resource that we have access to is people power. We need to commit to unifying and organizing the power of the people. There are hundreds, if not thousands, of people who already support freeing political prisoners, prisoners of war. We have to find a way to unify and organize ourselves to speak and to demand collectively the release of our political prisoners.

Anyhow, we just have to! We just have to come together and do more than just talk. Talk is not enough. We need to do more. If we don’t, we’re dropping the banner for our political prisoners.

And all these governors talking about releasing nonviolent prisoners. We can’t allow them to take the narrative and decide how we can struggle. We have a right to struggle by any and all means, and we can’t consider our political prisoners criminals if they took to the battlefield. That don’t make them a criminal; that makes them a hero. We have to remember that.