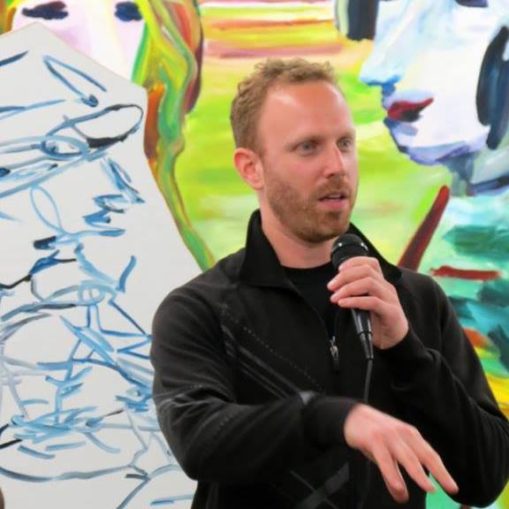 On the morning of Oct. 25, in a SWAT-style operation, Washington, D.C., police arrested Max Blumenthal, editor of The Grayzone, an independent investigative news site. Unbeknownst to Blumenthal, the cops had an arrest warrant on false assault charges stemming from his participation in defense of the Venezuelan Embassy last spring.

“This charge is a 100 percent false, fabricated, bogus, untrue and malicious lie,” Blumenthal stated. “It is clearly part of a campaign of political persecution designed to silence me and the The Grayzone for our factual journalism exposing the deceptions, corruption and violence of the far-right Venezuelan opposition.” (Grayzone, Oct. 28)

Initially, the arrest warrant, based on claims by a Venezuelan opposition supporter that Blumenthal had kicked her in the stomach, was denied. “If the government had at least told me I had a warrant, I could have voluntarily surrendered and appeared at my own arraignment. I have nothing to fear because I’m completely innocent of this bogus charge,” Blumenthal added.

Instead D.C. police surrounded his home and threatened to break down the door. Blumenthal was put in a police van and taken to jail, where he was held incommunicado for two days; he was denied a request to make a phone call and unable to contact an attorney. He says he was moved from cell to cell, his wrists and ankles shackled.

Blumenthal is a best-selling author who has been published by the New York Times, The Nation, Salon and others. Nevertheless, his arrest, a blatant and brutal attempt at censoring progressive journalism, has up to now been ignored by the mainstream media. Also silent are the so-called “human rights” and “free speech” advocacy nongovernmental organizations, including Human Rights Watch and Reporters Without Borders.

The lack of coverage of this attack on Blumenthal contrasts with widespread and prominent coverage of any interference by the Venezuelan government of pro-imperialist U.S. journalists.

Blumenthal’s writings have exposed the backers of self-proclaimed “president” Juan Guaidó, who have repeatedly engaged in violence, take funding from the U.S. government via the U.S. Agency for International Development and other entities and are opposed by massive numbers of Venezuelans.

On April 10 U.S. activists took residence inside and demonstrated outside the Venezuelan Embassy. Guaidó’s allies converged and terrorized activists while Washington, D.C. police looked on. Police prevented deliveries of food to those inside and arrested Venezuela’s supporters. After a 36-day struggle, the embassy defenders were forced out and supporters of Guaidó — whom President Donald Trump recognized in January — took over the premises. 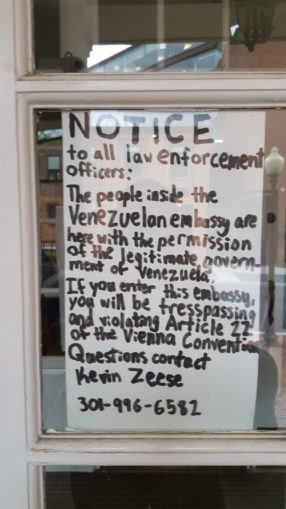 During the April 10-May 16 defense of the Venezuelan Embassy.

The four Embassy Protectors Collective members who were still inside — Kevin Zeese, Margaret Flowers, David Paul and Adrienne Pine — were arrested May 16. Each of them faces misdemeanor charges of “Interfering with certain protective functions” of the federal government, with a maximum sentence of one-year imprisonment and $100,000 fine.

The bogus charges levied against Blumenthal and the four embassy protectors are designed to intimidate and silence anyone who would defend Venezuelan sovereignty, champion the accomplishments of the revolution and expose the phoniness of the “opposition.”