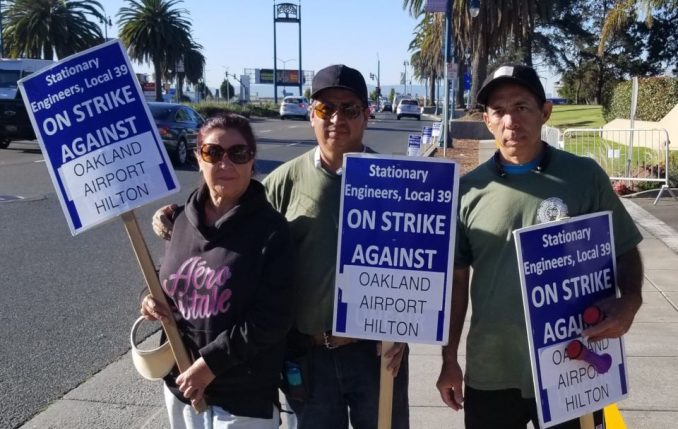 Three Latinx workers from Stationary Engineers Local 39 (shown here) are striking at the Oakland Airport Hilton as part of the nationwide hotel workers’ strike. One of the workers, ­Javier, told this reporter that the Hilton bosses only offered their union a 50-cent raise with­out any face-to-face negotiations! This is outrageous, considering that Hilton is a worldwide conglomerate that brings in billions annually.

This “offer” is an insult to all workers. Javier also stated that his rent went from $600 a month to $2,600 in the Bay Area, which is experiencing wholesale gentrification that pushes out poor and working people.

While Workers World was interviewing these workers on Oct. 15, many drivers going by honked in solidarity.