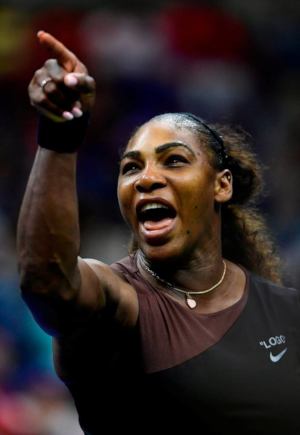 The 2018 U.S. Open will be most remembered for how the 23-time Grand Slam tennis champion Serena Williams challenged the sexist behavior of chair referee Carlos Ramos — rather than for how her opponent, the young, talented Naomi Osaka, won the championship on Sept. 8 in Flushing Meadows, New York.

Ramos accused Williams of cheating when her coach, Patrick Mouratoglou, admittedly made a coaching gesture to her from the stands. Williams stated repeatedly that she deserved an apology for being accused of cheating, since many coaches have made similar gestures for decades without retribution.

In her postgame interview, Williams stated, “I’ve seen other men call other umpires several things, and I’m here fighting for women’s rights and for women’s equality. … For me to say ‘thief’ and for him to take a game? … It was a sexist remark. He’s never took a game from a man because they said thief. For me, it blows my mind. But I’m going to continue to fight for women.” (thecut.com, Sept. 9)

Williams’ actions and words on and off the court must be viewed within a historical context. Serena Williams and her sister, Venus, have endured at least 20 years of both sexist and racist abuse as tennis champions who happen to be African American. Despite these obstacles, they are currently the collective winners of an unprecedented 30 Grand Slam titles. Serena is considered by many to be tennis’s GOAT — greatest of all time.

A year ago Serena was punished by tennis officials by having her No. 1 ranking stolen after giving birth to her daughter, Olympia, on Sept. 1, 2017. The GOAT was given an outrageously low 421 ranking.

The form-fitting cat suit, black from neck to toe, that she wore in the French Open to help control her chronic blood clots exacerbated after child birth, was later banned by French Open officials. This is not the first time that authoritative male sports figures have policed Serena’s powerful, muscular body.

Legendary tennis player Billie Jean King, who is a lesbian, wrote a Sept. 9 op-ed piece in the Washington Post in defense of Serena Williams. It reads in part, “Did Ramos treat Williams differently than male players have been treated? I think he did. Women are treated differently in most arenas of life. This is especially true for women of color. And what played out on the court yesterday happens far too often.”

After the match, King tweeted, “When a woman is emotional, she’s ‘hysterical’ and she’s penalized for it. When a man does the same, he’s ‘outspoken’ & there are no repercussions.”

Kudos to Serena Williams for not being afraid to defend herself, inspiring other women, especially women of color, to do the same.