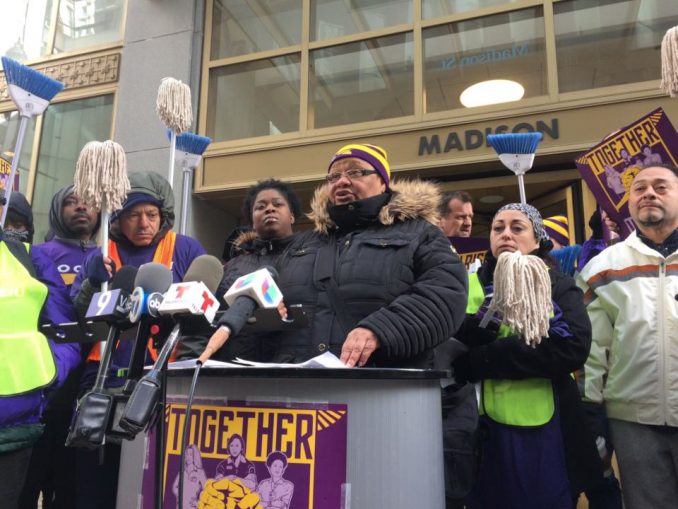 Suppose you had to earn your living washing skyscraper windows a thousand feet in the air? In summer you scald in the sun as you dangle from your rope, while in winter your soapy, water-covered skin freezes.

At a minimum, you would expect sizeable pay and benefits for engaging in such risky work. After all, billion-dollar Chicago buildings like Trump Tower enjoy massive tax breaks.

Yet many of the workers who scale these gleaming edifices are paid as little as $12 an hour, not nearly enough to make ends meet and raise a family in this expensive city.

About 260 union window washers represented by Service Employees Local 1 have been on strike since July 2 — right in the middle of peak washing season. When their contract expired on that date, they traded in their squeegees for picket signs. The six companies that employ them handle most of the windows in the city’s downtown buildings.

The union seeks an increase in starting wages to a range of $16 to $25 per hour. It also wants an increase in life insurance coverage (which makes plenty of sense, given the risks of the job) and removal of the current cap on employer health insurance contributions.

The workers say they won’t go back to work until their employers start bargaining in good faith.