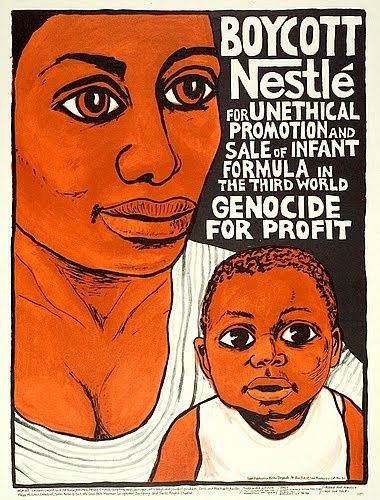 In the course of one week in July, baby formula monopolies exposed that the drive for capitalist profits kills infants, and the Trump gang showed how an imperialist regime serves these monopolies — or tries to — whatever ruthless means it takes. Good that they failed.

Capitalist monopolies strive for profits above all other goals. The Donald Trump administration not only aids and abets these crimes, it does so in such a blatant way that it is impossible to ignore.

A 2016 study by The Lancet, one of the world’s most prestigious medical journals, found breastfeeding could prevent 80,000 child deaths a year globally. That means Nestlé, based in Switzerland, and Abbott Laboratories, based in the United States, among others, have already contributed to millions of children’s deaths on a worldwide scale. Abbott was a big contributor to Donald Trump’s inauguration ceremony.

These companies have killed millions of babies over decades by aggressively promoting their baby formula. Although they know it’s a lie, they claim their product is more healthful than breast milk from the mother. They also imply in their advertising that breastfeeding is what poor women do who don’t know better.

No formula to date is more nutritious than breast milk, but that’s not itself the cause of the deaths. The main problem is that in countries where safe drinking water is difficult to obtain, mixing dry formula with local water can provoke diarrhea or other illnesses that kill babies. Breast milk also provides immunity to diseases through antibodies passed from mother to child.

Even if local water is drinkable and refrigeration available, the formula can cost more money than people have. To extend the life of the formula, the baby’s caregiver is tempted to add more water, and the thinned-out drink is inadequate to nourish the baby. This also happens in poor families in wealthier countries.

Nestlé, Abbott Laboratories and others, in their relentless drive for profits, are trying to expand the $11.5 billion world market in baby formula. They are growing desperate, because in wealthier countries, especially in the United States, more mothers, for various reasons, are choosing to breastfeed and buying less formula. This leads to the companies’ aggressive and false advertising.

Aware of this growing aggressiveness, WHO tried to get agreement for a standard resolution to promote breastfeeding in member countries and to continue to limit false advertising of the formula monopolies. Ecuador was prepared to introduce the resolution.

That’s when U.S. imperialism elbowed in, threatening Ecuador with sanctions if it introduced the resolution. When Ecuador backed off — after all, no small country likes to be in Washington’s gun sights — the U.S. threatened any other country that might want to introduce it.

That means the Trump administration was using the economic and diplomatic weight of U.S. imperialism to promote policies that kill babies.

Russia finally introduced the measure. And it passed. After the uproar in health agencies around the world, the U.S. was even forced to vote for the resolution.

A small victory and a big lesson.