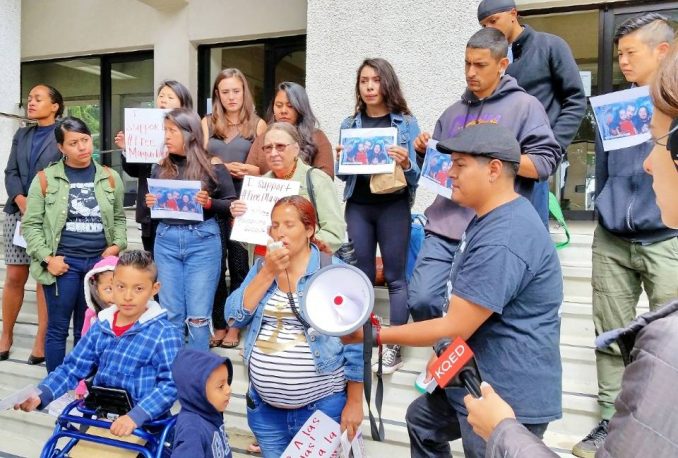 Oakland, Calif. — The California Immigrant Youth Justice Alliance held a press conference on the street in front of Alameda County Sheriff Gregory Ahern’s office on June 29 calling for the immediate release of Maguiber Ramos Vasquez. The CIYJA says that Ramos, an Alameda father of three, is currently in the custody of Immigration and Customs Enforcement for deportation proceedings “because of local law enforcement’s collaboration with ICE.”

The group called for help to share Ramos’s story as they demand that ICE Field Director David Jennings use his prosecutorial discretion to release him. His spouse is due to have their fourth child, and his family needs him at home for the birth. Ramos came to the U.S. in 2006 as an unaccompanied minor seeking asylum from gang violence and persecution in Guatemala. He has worked, married and raised his family here.

Readers can sign a petition for his release at www.bit.ly/freemaguiber. Call Field Director Jennings at 415.844.5503 to demand that Maguiber Ramos Vasquez, A#088-451-239, be released immediately.