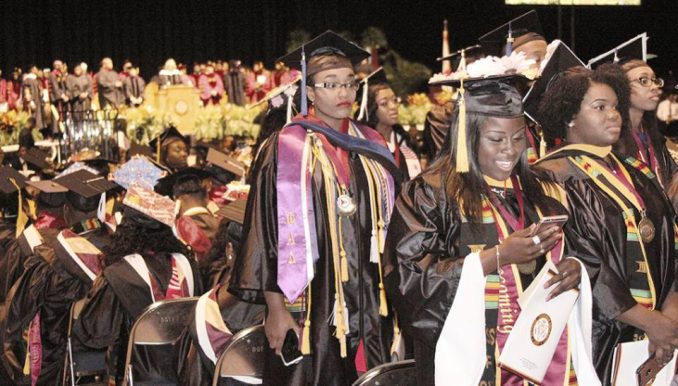 Close to half of the approximately 400 African-American graduates at the historically Black Mary Bethune-Cookman University in Daytona Beach, Fla., held a protest against the college’s commencement speaker, U.S. Secretary of Education Betsy Devos, during their graduation exercises on May 10. The students and some faculty members made it clear to the school administration before the event that they were opposed to the Trump appointee speaking there and also her receiving an honorary degree.

DeVos, who is thoroughly anti-public education, has described historically Black colleges and universities (HBCUs) as “real pioneers when it comes to school choice,” disguising the fact that these schools were established for the education of Black people in response to legalized racial segregation. (guardian.com, May 10)

As soon as DeVos started speaking at the podium, a rising chorus of boos could be heard during the program, and then graduates rose up and turned their backs on her. She was forced to cut her scheduled one-hour speech to only 20 minutes. There were so many interruptions that Edison Jackson, the university’s president, attempted to quiet the students but to no avail.

A protest was also held outside the graduation with signs that read “Fire DeVos; Save Public Education” and “No justice — no peace.”