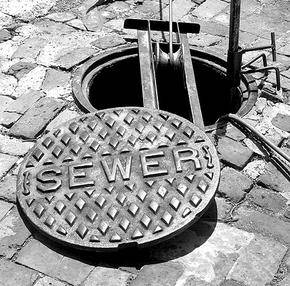 The FBI boss organized a slander campaign and had his No. 3 man, William Sullivan, write a letter to King urging him to commit suicide. (New York Times, Nov. 11, 2014)

“There is abundant evidence of a major high-level conspiracy in the assassination of my husband, Martin Luther King, Jr.,” said Coretta Scott King in 1999. She spoke after a Memphis jury found the U.S. government guilty of conspiring to assassinate Dr. King. (newsone.com, 2014)

The campaign against Dr. King was part of Cointelpro, the FBI’s terror program against the Black liberation movement and communists. Anti-war activists were also targeted by the FBI.

Cointelpro coordinated the deadly campaign against the Black Panther Party in which at least 28 Panthers were killed. Among them were Fred Hampton and Mark Clark, who were murdered in Chicago on Dec. 4, 1969. Decades later, Dr. Mutulu Shakur and other Black Panther Party members are still imprisoned.

Hoover died in 1972, and the FBI claims Cointelpro was terminated in 1971. But the agency’s railroading of dissidents to prison never ended.

American Indian Movement leader Leonard Peltier was framed by the FBI in 1976, and is still in jail. The FBI helped jail Puerto Rican liberation fighter Oscar López Rivera, who has just been released after 35 years in prison.

On May 13, 1985, the FBI worked with Philadelphia police to drop a bomb on the MOVE house. Six adults and five children were killed.

The FBI was no different under Director James Comey, who was fired by Trump on May 9. Comey continued the racist entrapment of Muslims and Palestinians.

Comey even claimed that police were hindered by a “viral video effect” because they were being filmed while brutalizing people. Comey was endorsing the bogus “Ferguson Effect,” which blames the Black Lives Matter movement for a supposed increase in street crime since 2014. (New York Times, May 11, 2016)

From its inception the FBI was used to crush any resistance to capitalism. William J. Burns — head of the strikebreaking Burns Detective Agency — was FBI director from 1921 to 1924.

At the time, judges were issuing union-busting injunctions. A 1922 strike of workers in railroad shops was crushed. But Burns had to be dropped because he was tied to the corrupt Warren G. Harding administration’s Teapot Dome scandal.

Burns’ No. 2 man, J. Edgar Hoover, took over. Hoover had helped carry out the roundups and deportations of communists in the 1919-1920 “Palmer raids,” named after President Woodrow Wilson’s attorney general, Alexander Palmer.

Just like today, immigrant workers were under attack. Among them were the Italian-born anarchist labor organizers Nicola Sacco and Bartolomeo Vanzetti. They were framed for a payroll robbery in which a guard was killed in Massachusetts.

Despite affidavits by ex-FBI agents Lawrence Letherman and Fred J. Weyand stating that the bureau knew that Sacco and Vanzetti were innocent, the two were executed on Aug. 23, 1927.

The first struggle that Sam Marcy, founding chairperson of Workers World Party, participated in was to stop these Italian-American heroes from being murdered. Although the worldwide movement wasn’t able to stop their execution, it was an inspiration for the successful effort to save the lives of the African-American Scottsboro defendants in the 1930s.

Hoover helped instigate the anti-communist witch-hunt that dominated U.S. political life in the late 1940s and throughout the 1950s and early 1960s. Thousands of activists lost their jobs and dozens were jailed, including Ben Davis, the communist New York City councilperson from Harlem.

The height of the “red scare” was the execution of Ethel and Julius Rosenberg on June 19, 1953. Framed on phony charges of giving “atomic secrets” to the Soviet Union, the FBI used perjured testimony to convict them. In his eulogy at the Rosenbergs’ funeral, W.E.B. Du Bois declared these martyrs died because “they would not lie.”

The FBI has been a sewer from its inception. It should be abolished, along with all U.S. spy agencies and the Immigration and Customs Enforcement police.