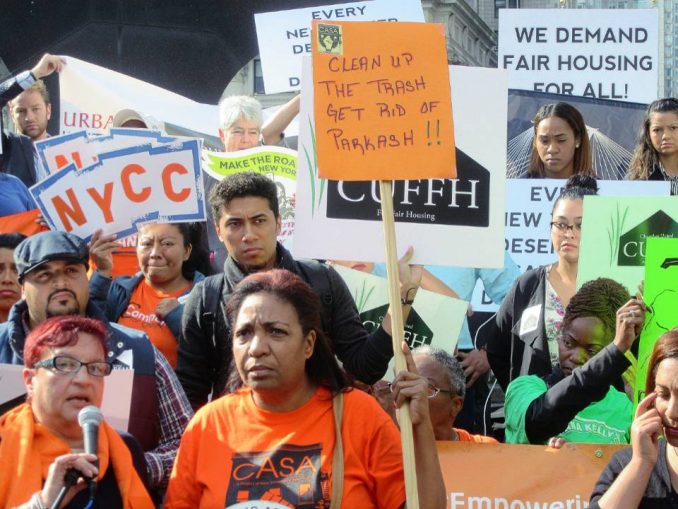 More than 100 people, most of them Black, Latinx and Asian, rallied on Oct. 13 in Lower Manhattan’s Foley Square against their slumlords from hell. Tenants spoke out about their long, courageous struggles.

Harry Silverstein racked up more than 2,000 housing violations in just eight buildings. As an example, last winter, Anthony Kelly, one of Silverstein’s tenants, had to keep his stove on all the time because of a broken radiator. (Daily News, Oct. 14)

Behind the slumlords are big banks and insurance outfits that often own the mortgages on these rundown properties. The so-called “justice system” — looming over the protesters in the marble-fronted state and federal courthouses on the square — brings no relief.