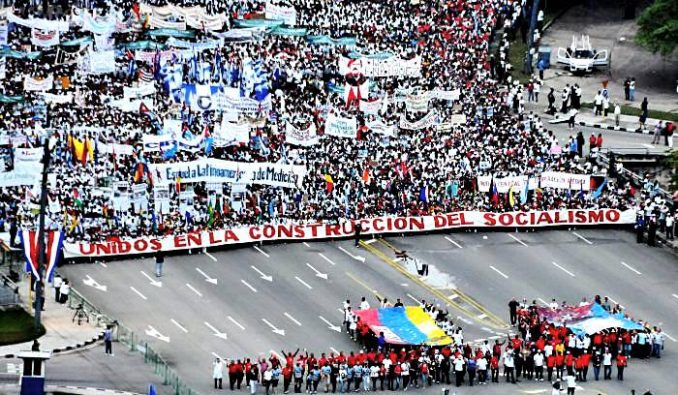 Don’t let the Barack Obama administration flip the script. On Oct. 14 media headlines told the U.S. public they could bring unlimited cigars and rum home from Cuba. That news, which many welcome, adds to the false impression that the U.S. blockade of Cuba has ended.

No. It hasn’t. And that’s why anyone wanting U.S. relations with Cuba to be normalized and conducted on a basis of equality must speak up.

The U.S. unilateral, extraterritorial economic, financial and commercial blockade remains in full force. Cuba’s necessary trade with the U.S. and with the world is not just cigars and rum.

For example, Cuba’s ability to trade depends of the removal of U.S. penalties for companies doing business in Cuba. Yet, since Dec. 17, 2014, when the new U.S. policy toward Cuba was first announced, the U.S. has fined eight banking and corporate entities, including five from the U.S., a total of nearly $3 billion. This disrupts Cuba’s trade.

Obama’s Oct. 14 presidential policy statement aims to make it impossible for future administrations to reverse the normalization of Cuba-U.S. relations. This includes setting up new embassies, relaxed travel restrictions and direct discussions. It also claims Washington intends no regime change in Cuba, will respect Cuban sovereignty and will take no covert actions.

Essentially it says that the U.S. will deal with Cuba in the same way as it does other small countries around the world.

But what’s Washington’s record? It has overthrown the elected government of Honduras, backed a fascist-friendly coup in Ukraine and supported every reactionary move by the Venezuelan oligarchy against the legitimate government of Venezuela.

The U.S. government is also persecuting friends of Cuba in the U.S. too. The Treasury Department threatens to strip tax-exempt status from the Interreligious Foundation for Community Organization. And Floridian Albert Fox faces a $100,000 fine for travel to Cuba and needs the defense the National Lawyers Guild is providing.

We can expect U.S. imperialism to continue its attempts to undermine socialist planning in Cuba. Fortunately, socialist economic relations that give priority to human needs over profits are firmly established in Cuba. There is a strong Communist Party to lead what historic revolutionary leader Fidel Castro termed “the battle of ideas.”

The United Nations General Assembly with 193 countries will on Oct. 26 once again vote against the U.S. and support Cuba’s resolution calling on the U.S. to end outright its illegal, immoral and damaging blockade.

Workers World readers can vote against the blockade by linking to: ­CubavsBloqueo.cu to click on ­VOTAR/#YoVotoVsBloqueo.