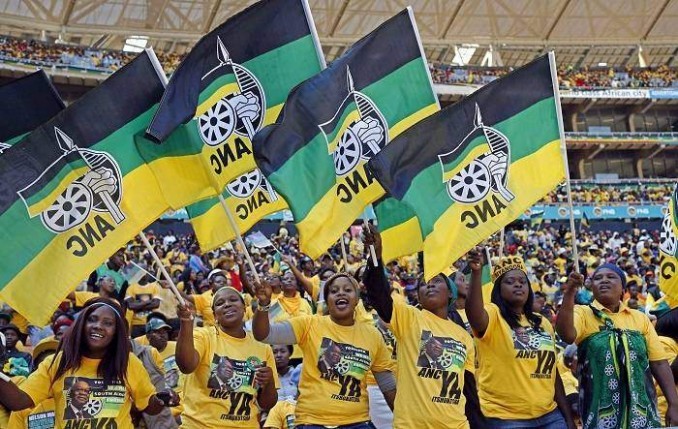 Supporters of the African National Congress (ANC) cheer during their party’s final election rally in Soweto.

The final results of the recent municipal elections in South Africa showed the ruling African National Congress gaining 54 percent of the vote to 26 percent for the opposition Democratic Alliance. In actual percentages, the ANC won twice as many votes as the DA and many more times than the putative ultra-left Economic Freedom Fighters, which garnered approximately 8 percent.

In a statement issued Aug. 5, after 94 percent of the vote had been tallied, the ANC said: “As results from municipal elections continue to come in to the IEC National Results Center in Pretoria, an unprecedented 14 million South Africans have cast their ballots in favor of the African National Congress (ANC) in this election. This translates to 54 percent of the national vote, and dramatically exceeds numbers recorded in the previous municipal election. In 2011, the ANC secured 8.1 million votes. Whilst we have received overwhelming support from our people, we will reflect and introspect where our support has dropped.”

The same statement pointed out, “These figures come at a time of intense speculation around voter apathy and citizens’ alleged lack of interest in political processes.”

The ANC Chief Whip in Parliament, Jackson Mthemb, noted on Aug. 5: “We are quite humbled and very happy that the people of South Africa still trust the African National Congress. Of course we have had setbacks in areas like the Nelson Mandela Bay, but we are magnanimous in victory and also magnanimous in defeat because we are democrats. At the national level, the people of South Africa have — in their majority — still voted for the African National Congress.”

Role of corporate and governmental media

Much speculation about the outcome was the preoccupation of many corporate and governmental media outlets from South Africa itself to Europe and North America. Predictions that the ANC would suffer catastrophic losses in municipalities, townships and rural areas was much anticipated by opposition parties inside the country, as well as by others who have for years predicted that the nonracial, democratic political system was unsustainable.

This same outlook has guided the reporting of the results and their significance for one of the world’s youngest nations, which had been subjected to white-minority rule for centuries. From 1652 to 1994, the European population and ruling class sought to eradicate all forms of resistance by the African people. The current elections in South Africa took place in the broader regional and international context of intensified warfare and destabilization campaigns against all states and parties considered part of the so-called “emerging economies.”

South Africa, along with the entire subcontinent, has been suffering from an economic downturn due to several factors, including a drought, as well as a sharp decline in commodity prices that has impacted the generation of foreign exchange needed to purchase industrial goods and services. The value of the South African national currency, the rand, has declined to nearly 15 to one against the U.S. dollar.

Since the ascendancy of the ANC government in 1994, there has been a systematic disinvestment of private capital from South Africa, with countries such as Mexico and Ghana now ahead of South Africa in gold production. Even the price of its much-needed platinum resources has declined in the aftermath of an international slump in commodity values. The mine owners have steadfastly resisted the demands of labor unions, both those allied with the Congress of South African Trade Unions, a close ally of the ANC, and others such as the Association of Mineworkers and Construction Union, which has challenged COSATU for members.

These issues are usually not taken into consideration by media agencies and commentators, many of whom have never been favorable to the ANC. Since 2015, the ANC-dominated government has been at loggerheads with the U.S. administration of President Barack Obama over South African participation in Washington’s African Growth and Opportunity Act. ANC Secretary General Gwede Mantashe has also charged that the U.S. Embassy has fostered a regime-change strategy in the country.

Privately owned media firms, which constitute the overwhelming number of news outlets in South Africa, failed to account for the general trends prevailing internationally. The losses of the ANC in Nelson Mandela Bay around Port Elizabeth and in the municipality of Tshwane, which encompasses the capital of Pretoria, were never attributed to the decline in foreign exchange revenues and large-scale unemployment stemming from downsizing of industrial employment and its peripheral effects in the commercial and service sectors.

South Africa and the Southern Africa region are not standing alone in the current international crisis of economic underdevelopment. Since the decline in the price of oil and other commodities over the last two years, states such as Russia, China, Venezuela, Brazil, Zimbabwe and Nigeria, among others, have seen a precipitous drop in economic performance.

In states such as South Africa that are governed by former national liberation movements turned political parties, the opposition has never ceased. The program of the Democratic Alliance in South Africa encompasses a heavier reliance on international finance capital as part of its platform to ostensibly improve the economy.

The EFF says it supports the nationalization of mining and land to benefit the African majority in the country. However, the strongest political rhetoric relayed by the EFF inside and outside of Parliament, where it holds over 20 seats in Cape Town, is not directed against the still white-dominated ruling class, but against the ANC. The EFF blocked with the DA in a failed impeachment resolution submitted to Parliament earlier this year, saying that President Jacob Zuma had violated the South African Constitution.

This is the same constitution that the ANC and other revolutionary organizations and trade unions fought for over a period of decades. The struggles among the ANC, COSATU and the South African Communist Party, on the one hand, and the Western-backed opposition groups on the other, will continue over the next three years, when national elections are to be held for the presidency and the legislative structures.