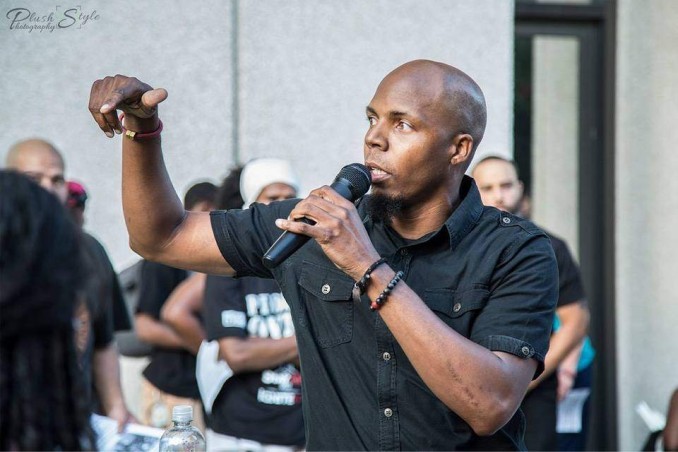 It is the FBI, the CIA. It is the courts, the prosecutors, the judges, the parole officers — every institution that makes money off of keeping Black and Brown bodies incarcerated. The private prison system is no different than the convict lease system 100 years ago. The police are no different than the slave patrols when we were on the plantation. That’s where the police in this country come from. Their function was to keep the slaves in their place, to keep us from gaining liberation.

These issues are why myself and Monica Moorehead are running for president and vice president with Workers World Party. We want an end to racism and capitalism, to stop the war on Black America. We must unite on this front.

We know that you cannot reform sexism, capitalism, imperialism or colonialism. Colonialism — that is what the ghettos in this country are. They are colonized territories where Black and Brown people are still basically in bondage.

I have to do this — I have to talk to my people for a split second. Black people, African descendants, please listen loud and clear. We are members of an anti-Black society, of an anti-Black country; every fucking way, shape and form we live in a system of white supremacy. The school system, the political system, the economic [system], even in the arts. This country is completely anti-Black.

We have to fight for ourselves. Love your hair, love your lips and noses. Love your melanin in your skin, which makes you powerful. Teach our history to your children. Do not wait til they’re 37 years old. Teach them about Nat Turner, Harriet Tubman, Ida B. Wells, Malcolm X, so that they grow up strong and as freedom fighters. Love each other. Keep each other inspired. Uplift each other, sisters and brothers. This movement cannot be built by hate; it must be built out of love. Love of the people, love of ourselves, love of the community, love for the revolution.