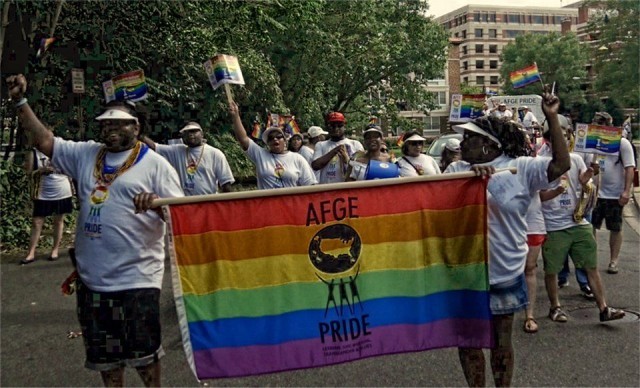 This is part 2 of an article on federal unions and discusses the historical background to workers’ “sensitivity” ratings. Part 1 discussed how the government is manipulating these ratings to make repress union activity.

Before passage of the Civil Service Reform Act of 1978, most unions in the federal sector had no appeal rights or even a limited version of collective bargaining. The pretext for much of the repression of unions was from phony “security” interests.

At the end of World War II and the initiation of the Cold War against the Soviet Union and other socialist countries, the government imposed an unprecedented draconic Executive Order against federal workers. On March 22, 1947, Executive Order 9835 established a program to whip up public enthusiasm, if not frenzy for Cold War preparations, against so-called “foreign and domestic” enemies.

This order preceded the offensive by the infamous anti-communist Sen. Joseph McCarthy. Thus began the Loyalty Review Board, with its task of investigating 3 million existing government employees along with new applicants.

The FBI acted as the political police and reviewed name checks and performed “field investigations” in order to inquire about the “habits” of a current and/or potential employee. The FBI thus ascertained any behavior that could be construed as negative or subversive.

On April 27, 1953, President Dwight D. Eisenhower issued Executive Order 10450, which revoked Executive Order 9835, and dismantled the Loyalty Review Program. Instead of relieving the pressure on workers, however, this executive order expanded investigations. It transferred power to the directors of federal agencies: the Office of Personnel Management and more ominously the FBI.

Executive Order 10450 expanded the criteria and definitions of “security risks” with sweeping draconic language, including searches for “Any criminal, infamous, dishonest, immoral, or notoriously disgraceful conduct, habitual use of intoxicants, drug addiction, or sexual perversion.”

Inclusive in this Executive Order was the arbitrary provision that offered advice on evaluating psychological or character problems. Its impact throughout government agencies was to ban the legal hiring of gay men and lesbians. It allowed extensive and overreaching background checks by FBI Field Operations to prevent authorization for federal employment.

In his book, “The Lavender Scare: The Cold War Persecution of Gays and Lesbians in the Federal Government,” David K. Johnson established this discrimination. In 1975, the Civil Service Commission stated a “solution” to this repressive and discriminatory provision by offering that it would “consider” applications by lesbian and gay applicants on a “case by case basis!”

It was only the mass struggle by the lesbian, gay, bisexual, trans* and queer movement and their allies beginning with the 1969 Stonewall Rebellion that pressured the authorities to stop enforcing these discriminatory provisions. This does not overlook the fact that LGBTQ workers face discrimination and repression in the federal government as well as the country at large to this day. Witness the anti-trans* bill recently passed by the North Carolina legislature.

For federal employee unions to survive, they must transform their culture to emphasize a militant fightback against repressive interference against their members. No longer will depending on litigation or looking to alleged “friends of labor” save the union movement.

It will only be through the mass struggle of working people, the Black Liberation movement (Black workers comprise 20 percent of the federal workforce) and the LGBTQ movement that the culture of federal labor unions can transform itself, including winning the right to strike.

Trans* is used with an asterisk to indicate the spectrum of all the different genders of people who do not conform to the either/or of male/female or masculine/feminine.