According to an activist Alabama blog, the Henry County Report, some current and former cops in Dothan, Ala., planted false evidence of drugs and guns on young Black men with no criminal records from 1996 to 2004, resulting in many allegedly unjust convictions. The Dec. 1 blog article also charges District Attorney Doug Valeska, of Alabama’s 20th Judicial District, with covering up this malfeasance and proceeding with prosecutions of innocent people.

The blog additionally notes that members of the Dothan Police Department belong to a neo-Confederate racist organization. One of those named, former Sgt. Andy Hughes, is now assistant director of Homeland Security for Alabama. A blog photo shows a group of white men posed with a huge Confederate flag and identifies them as specific Dothan cops, including Hughes. (Al.com)

The blogger, Jon Collins of the Alabama Justice Project, says his charges are substantiated by records, some of which he has posted, which were leaked by members of the police department. He states he authenticated the leaked documents by having them viewed by several police officers, including a former sergeant in the Dothan Internal Affairs Office. (alabamajusticeproject.com)

Mainstream and social media quickly spread the blogged report, and then as quickly downplayed the documents as giving no definitive proof of the charges. A Slate Magazine commentary said: “The evidence Carroll has put forth so far isn’t enough. That doesn’t mean the Dothan Police Department is innocent of his accusations. It just means we can’t pretend we know its cops are guilty of the crimes Carroll alleges. … Right now we don’t know what happened in Dothan.” (tinyurl.com/nho9hzp)

But we do know what happened in Dothan. If we look beyond the narrow criteria for what constitutes “evidence” within a system of bourgeois law, we can indict the Dothan police, the city itself and the Alabama injustice system for racism. 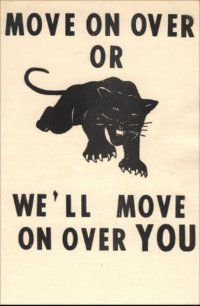 Then we can note that a federal judge’s summary order in June 2015 found in favor of a case brought by a veteran Black police officer against the city of Dothan. The order states that there was a pattern of racism in the department, including the fact that Parrish and other Dothan cops have been or are members of the Sons of the Confederate Veterans. This group advocates a return to a system of slavery and apartheid, and has been on the Southern Poverty Center’s “Hate Watch” because the most extreme right-wing elements have taken over local chapters. (tinyurl.com/p3fjp3b)

The federal case lists many vile, racist comments and artifacts within the police station, including a representation of a charred, lynched President Barack Obama. (tinyurl.com/hkf962w)

There is racism in the local legal system. Twentieth Judicial Circuit Attorney General Doug Valeska has had cases challenged on appeal because of his systematic exclusion of Black people from juries, as well as verdicts overturned for “illegal evidence and improper comments to juries.” (Washington Post, Dec. 3) 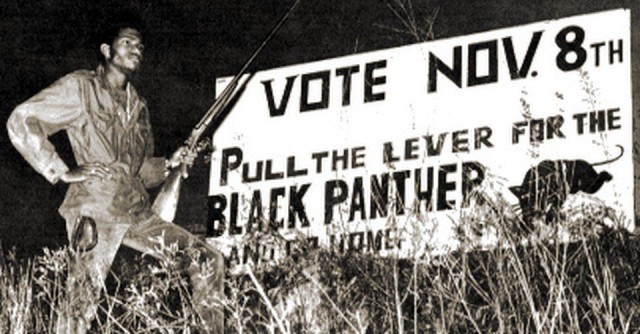 There is a deep history of racism among the local police in Alabama — from “slave patrollers” who trapped and beat escaping Black people back into slavery, to the Reconstruction-era convict-lease program that re-enslaved freed Black workers and paid their wages to the state. Today, local “debtor prisons” make profit off charging prisoners, primarily people of color, exorbitant fees for court services.

After the criminalization of free Black labor throughout the South in the 1870s, in addition to being entrapped into the convict-lease system, free Black people were also held and made to work by force — slavery, in fact — by individual white people.

Such was the case in 1903, when a federal prosecutor who was exposing hundreds of involuntary servitude cases in Alabama received a desperate call from a Dothan attorney. His client, Enoch Patterson, was being held in peonage — by the Dothan police chief.

In 1912, the city of Dothan made itself into an all-white town by committing “racial cleansing” when it drove out all Black townspeople in a white supremacy riot. (Elliot Jaspin, “Bitter Waters: The Hidden History of Racial Cleansing in America”)

This horrific racism is not a thing of the past in Dothan. In 2011 and 2013, paralleling a U.S. surge in racist recruiting, Ku Klux Klan fliers were distributed in the city, with a 2009 KKK cross-burning in a Black neighborhood in the adjoining town of Ozark.  (Dothan Eagle)

In the Henry County Report, Jon Collins calls for a federal investigation into racism going on now in the Dothan Police Department and legal system. Undoubtedly, that racism exists, given the evidence of history as well as recent federal court cases — as it exists throughout the U.S.

Quinton Parrish, an African-American man targeted by the Dothan police, has come forward to ask the U.S. Justice Department to intervene. He describes actions by the Dothan cops as “a form of domestic terrorism that must be stopped.” (Henry County Report, Dec. 7)

Collins says the as yet unnamed sources who leaked documents are hoping “the mood of the country” is now such that attention will be brought to bear on injustice in Dothan.

As the U.S. enters a period of increased economic crisis and war-mongering, the scapegoating of people of color, especially immigrants and Muslims, is increasing.

The police were created to protect the property and interests of the owning class.  The function of the police is to keep all workers and all oppressed people — women, people of color, people with disabilities, and people of nonconforming genders and sexualities — from rising up together against the brutal conditions forced upon us by capitalist exploitation.

One of the forces changing “the mood of the country” has been the uncompromising activism against police brutality and state terror by the Black Lives Matter movement and allies throughout the U.S.

Now, resistance against Donald Trump’s racist campaign, like the successful shutdown of his rally recently in North Carolina, is building solidarity across an increasingly wide spectrum of people. A Workers Defense Guard against the KKK has been set in motion by several Vermont locals of the United Electrical, Radio and Machine Workers of America/UE.

An unbreakable resistance to police and state injustice against workers and all oppressed people can only be achieved through militant, anti-racist organizing.