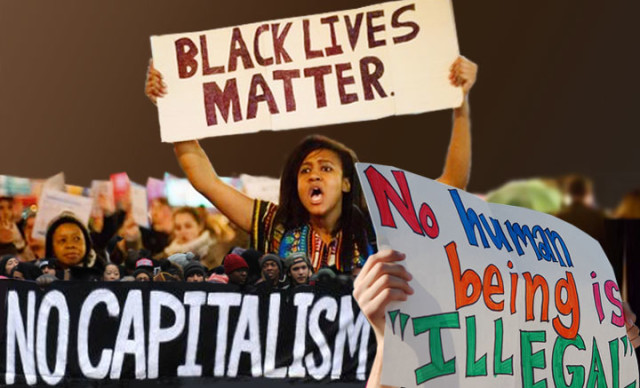 “You can’t have racism without capitalism! To end racism and all the evils that come with it, we must end capitalism.” — Malcolm X

Activist organizations in New York City have called for “A People’s Response to the G20 Summit,” meeting in Istabul, Turkey, to take place at CNN headquarters at 59 Street and Columbus Circle on 4 p.m. on Nov. 15. The following are excerpts from a release sent out by the organizers:

On Nov. 15 and 16 the heads of governments of the G20 — the world’s 20 largest economies — along with the heads of their central banks, as well as the top bankers of the world, will be holding their annual summit meeting, which is taking place this year in Turkey.

Please support this call to make Nov. 15, the first day of the G20 Summit — A SAY NO TO CAPITALISM AND RACISM DAY. Endorse this call and help to build the protest in NYC (and elsewhere).

The next G20 summit will be the most important G20 meeting since the global financial crash of 2008. The current volatility in global financial markets is a sign that the world capitalist system is entering a new, more intractable and more violent crisis.

No matter what the official G20 meeting agenda says, the question on the next G20 summit’s agenda (which in reality is dominated by the super-rich of the U.S. and the West) will be: What must be done to rescue world capitalism and the 1% that profit from its perpetuation?

Ultimately, this means that the people of the world will be subjected to more unbearable inequality, poverty, hunger, homelessness, gentrification, neo­liberalism, austerity, more jobless­ness, more low wages, more war and occupation, and the even greater prospect of a planet that is rapidly exhausting its capacity to sustain life.

Just as ominous and dangerous, the deepening world economic and political crisis will create an even greater opportunity for the manifestation of racism and fascism.

The police war against Black people in the United States that has given rise to the powerful Black Lives Matter movement, as well as the war against Arab, African, Asian, Muslim, Indigenous and Latino/a migrants from the borders of Europe to the U.S.-Mexican border are examples of the intersection between capitalism and racism.

The time has come for progressive forces across the world to stand up and say that capitalism can’t be reformed and should not be saved.