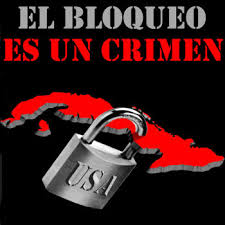 On May 29, as part of its stated intentions to improve relations with Cuba, the United States formally removed the island nation from its list of “State Sponsors of Terrorism,” even as it maintained its decades-old illegal blockade.

For most people around the world, the fact that Cuba was on a list that should not even exist represents a high in imperialist arrogance and hypocrisy, coming as it does, from the biggest sponsor of terrorism in the world. Over 3,000 Cubans have been killed in U.S.-sponsored terror attacks since 1959, while the perpetrator of a terrorist bombing that  brought down a Cuban airliner walks around freely in the United States.

A major plank of U.S foreign policy is the targeted assassination of “high value targets” (translation: human beings the CIA wants to kill) using drone aircraft or special forces. This particular “kill list,” as the CIA likes to call it, was recently extended to include U.S citizens. Thousands of civilians, family members, members of wedding parties, etc., have been killed as well. The U.S. has also supported client states such as Israel in such activities.

According to international law, a blockade is an act of war. Since 1992, the U.N. General Assembly has passed annual resolutions with almost unanimous votes calling on the U.S. to end its illegal blockade of Cuba. Supporting these resolutions, Cuba detailed the many hardships inflicted on the Cuban people, but the United States has remained unmoved in its hostility.

The Congressional Accountability Office recently reported that from 1996 to 2011, Congress appropriated $205 million for Cuban “democracy” assistance. Most of this went to the U.S. Agency for International Development, a notorious front for CIA operations. Congress has also allocated more than $25 million per year to fund TV Marti and Radio Marti, which beam anti-socialist, anti-Cuban propaganda from the U.S to Cuba.

Investigative reporting by the Associated Press exposed the smuggling into Cuba of military grade communications by Alan Gross (who was caught and jailed) and the ZunZuneo caper to set up a Cuban social media like Twitter, secretly paid for by the CIA.

Some capitalist intellectuals and apologists for imperialism have attempted to justify the gross hypocrisy of U.S. diplomacy with the doctrine of “American Exceptionalism.” This chauvinistic, racist idea asserts that the United States, because it is such an exceptionally “good” force in the world, has a responsibility to maintain and expand an “American Empire,” and should therefore not be accountable to international law. (Marilyn B. Young, “One Empire Under God,” European Contributions to American Studies, May 2004)

This rubbish must be exposed for what it really is: an ideological weapon used to pummel any nation or individual who dares to stand up to U.S imperialism.

This is especially true when it comes to Cuba, which has become a beacon for poor and oppressed people the world over. If it wants to normalize relations with Cuba, the U.S. should first end its illegal blockade.