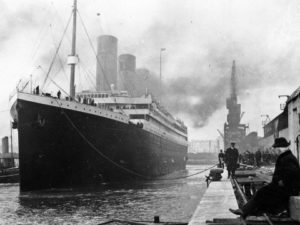 U.S. Treasury Secretary Jacob Lew sounded the alarm recently about the Greek debt crisis on his way to a G-7 finance ministers’ meeting in Dresden, Germany.

“Brinkmanship is a dangerous thing when it only takes one accident,” Mr. Lew said at the London School of Economics. “No one should have a false sense of confidence that they know what the result of a crisis in Greece would be.” (New York Times, May 27)

His statement of alarm came as the leftist Greek government headed by Syriza was being pressured by European bankers to crack down on its already suffering working class.

The International Monetary Fund, the European Central Bank and the European Union are demanding that Greek pensions be sacrificed, workers’ collective bargaining rights be cut back, and wages for workers be slashed in order to pay hundreds of millions in government debt.

Lew’s statement is revealing. It is an admission that the world capitalist system is fragile, unpredictable and unstable. What he did not say is that a Greek default on the extortionate debt owed to the European banking institutions could trigger a repeat of the collapse of Lehman Brothers in 2008, which set off a world financial crisis.

Capitalist finance is carried on in secrecy by the myriad of monetary gamblers, investment bankers, hedge funds and so on. Financial operations, just like capitalist production, are anarchic, unplanned and strictly driven by the never-ending, frantic search for profit.

Thus, no one in the hierarchy of financial officials in Washington, London or Berlin has any idea of the consequences of a major default by the Greek government.

Commenting further on Lew’s address, the same New York Times wrote: “United States officials, though, have expressed concern about the wider consequences for the world economy and international politics.”

More importantly, noted the Times, there is “also concern that problems in Europe could hurt the United States economy at a time when American growth appears to be slowing.”

The U.S. economy is more than slowing. It contracted 0.7 percent in the first quarter of 2015. U.S. exports fell; consumer spending slowed down; capitalist investment declined by 2.8 percent, the sharpest decline since 2009; and the final sales of actual goods and services decreased by 1.1 percent, the biggest fall since 2009.

The pundits have tried to brush this off as due to cold weather and the West Coast port strike. But cold weather and a single strike cannot plunge a $15 trillion economy into an economic contraction. The so-called “recovery” is anemic at best and is headed downwards.

The U.S. contraction is part of a general global slowdown. The economies of Russia, Canada, Brazil, Venezuela, South Africa, Argentina and Switzerland, among others, are all contracting sharply. South Korea is flirting with recession. Japan is in a state of meager growth.

The European Central Bank has initiated a $1.6 trillion bailout for the banks and corporations in the eurozone — pumping in over $60 billion a month. But it has hardly resulted in any economic growth — except for the stock markets — and has not brought regional unemployment below 10 percent.

On the Titanic without lifeboats

Stephen King from HSBC, Britain’s largest bank, issued a report entitled “The World Economy’s Titanic Problem.” Commenting on the report, the May 24 London Telegraph talked about being afloat in a world recession without lifeboats.

The Telegraph said the report showed that each of the past four recoveries had been weaker than the one before. The average global growth rate had fallen from 4.5 percent to nearly 2 percent.

The report revealed that with all the hoopla about the economy gaining from a drop in oil prices, 100,000 workers across the oil and gas belt have been laid off. The so-called windfall turned into layoffs and did not do anything to bolster the capitalist recovery.

The Telegraph also showed that the world economy has been dependent on the growth of the Chinese economy and that the Chinese economy is also slowing down. The Royal Bank of Scotland showed that China accounted for 85 percent of all global growth in 2012, 54 percent in 2013 and 30 percent in 2014. It is likely to fall to 24 percent this year. Andrew Roberts from RBS says, “If there is only one statistic that you need to know in the world right now, this is it.”

The main point of the HSBC report was that, in the event of a new global recession, the capitalist states have no way to ease a future crisis. They have already poured huge amounts of money into the economy and lowered interest rates to near zero to combat the last crisis.

Even before the next crisis, the global working class is plagued by unemployment and underemployment. About 75 percent of the world’s workforce have no permanent jobs. While well over 200 million are officially unemployed, the number of temporary and part-time workers is growing even faster than actual unemployment. Child labor is conservatively estimated by the U.N. at 73 million, many working in near slavery conditions.

The Organisation for Economic Co-operation and Development, whose members include all the major capitalist powers, anticipates growth of the “precariat,” a term that trivializes what Marxists call the reserve army of the unemployed and underemployed.

“In this situation, already tense areas of the world will almost certainly become more turbulent. The Middle East and North Africa, for example, have the highest youth unemployment in the world, close to 30 percent. And there, as in much of the less-developed world, it is the more educated young people, those with degrees, who have the highest rates of job insecurity.” (CBS News, June 1) These figures are, if anything, conservative.

It is against this background of a smoldering global economic, social and political crisis that Lew issued his alarm, aimed at forcing a settlement of the Greek crisis before it explodes in a default, which could easily begin to spread among other European debtor countries.

The IMF, ECB and EU, as well as U.S. imperialists, are not just being arbitrary in trying to force the Greek government into a humiliating capitulation. The fact of the matter is that if the bankers make any concessions to the Greek government, the masses in Spain, Portugal, Italy, Ireland, Cyprus and other European countries, who have suffered under the heel of debt extortion by the bankers of Germany, France, Italy, the Netherlands and bondholders everywhere, could easily rebel and demand concessions and an end to austerity.

European loans and currencies could be destabilized and the eurozone could come apart. The eurozone, as it stands, is an instrument for domination by the German imperialists above all, as well as the French, Italian, Dutch and other bankers. The IMF, which is demanding over a trillion euro from Greece and taking a hard line, is dominated by U.S. bankers.

Yew was trying to find wiggle room to avert the crisis by appealing to the German ruling class to let up. The European Central Bank, dominated by the German bankers, as well as the Deutsche Bank are demanding a reduction in Greek pensions, changes in labor law calculated to weaken unions and lower wages, as well as widespread privatization of public facilities.

The Greek government has so far held the position that it is not going to default on its obligations to the people. Days after Yew made his appeal, Alexis Tsipras, head of the Greek government and leader of the leftist party Syriza, wrote an article in the French paper Le Monde denouncing the “absurd demands” of the IMF, ECB and EU. He came close to threatening default and denounced “doctrines of extreme neoliberalism.” (London Telegraph, May 31)

Meanwhile, Syriza’s Left Platform called for a “counterattack” against the creditors. The Left Platform submitted an immediate program to the Syriza central committee that was defeated by a vote of 95 to 75. The majority, led by Tsipras, called for an “honorable compromise.” (versobooks.com, May 28)

“It has now become clear that the ‘institutions’ are not striving for what some are calling an ‘honorable compromise.’ An ‘honorable compromise’ cannot exist anyway by means of privatizations and new burdens on the popular classes, and it certainly cannot exist without a real end to austerity, without a restructuring of (the biggest part of) the debt and without adequate provision of liquidity for the revitalization of the economy. What the ruling circles of the EU, the ECB and the IMF are ruthlessly and consistently aiming for in the last four months, is to strangle the economy, to milk even the last euro from the country’s reserves and to push an ‘unprotected’ government to full submission and exemplary humiliation.”

The specific demands of the Left Platform call for a complete rupture with the creditor institutions and include:

“The immediate nationalization of the banks; the immediate and full reintroduction, as well as safeguarding and practical implementation, of labor legislation and rights to trade union organization; the termination of all protections for the country’s scandal-immersed oligarchy; the suspension of privilege, privileging adjustments and immunity for big economic interests; the substantial taxation of wealth and large properties, as well as the taxation of top earners and of high corporate profitability.”

This is a left social-democratic program, which is silent on the crucial issue of preparing the masses for a counterattack by the financial oligarchy and capitalist establishment. To implement this program would require the intervention of the working class and the preparation of emergency measures in all spheres of society.

The secretariat of Syriza issued a call for the national mobilization of the people, which was unfortunately omitted from the Left Platform demands.

At this point there is little room between rupture and capitulation. For the progressive and revolutionary working-class forces in Greece and throughout Europe, the correct course is to promote, support and prepare for a break with the financial powers.

If implemented, that could open up a struggle that could eventually, under the correct leadership, be directed at capitalism itself.