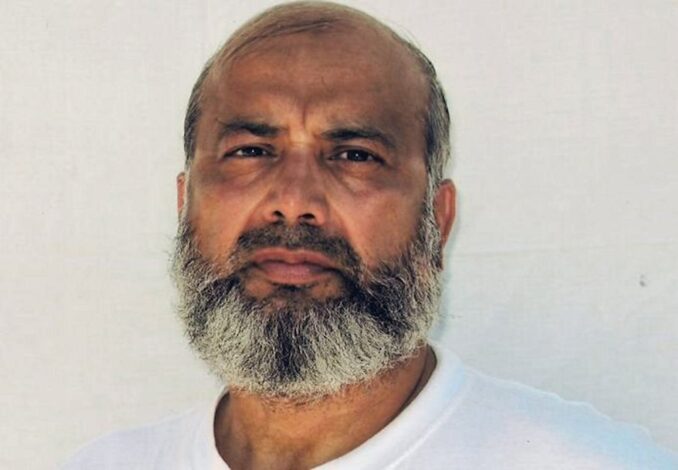 Seifullah Paracha was finally reunited with his family in Pakistan in October for the first time since 2003, the year his life was turned upside down. Paracha has the dubious distinction of having survived — for almost two decades — some of the most notorious U.S. prisons and torture chambers of the 21st century.

Now 75 years old, when he was 24 Paracha first moved to New York City and studied at the New York Institute of Technology. For the next 15 years, he lived and worked as a businessman there. He met his spouse, Farhat, a graduate of New York University, and their son, Uzair Paracha, attended a Montessori school in Brooklyn. The young family moved back home to Pakistan in the late 1980s and settled in Karachi.

Then Seifullah Paracha was arrested in July 2003 by FBI agents operating out of a covert “Black Site” in Thailand, the site where former CIA director Gina Haspel personally oversaw the torture of prisoners. Paracha had set up a garment company based in New York City and had been visiting Bangkok to do business with representatives of Kmart department stores. Now he found himself facing vague accusations of “financing terrorism.”

Paracha was then transferred to Parwan Detention Facility at Bagram Airfield in Afghanistan. He arrived only a few months after both Mullah Habibullah and Dilawar of Yakubi were tortured to death by U.S. military personnel. Paracha was incarcerated at Bagram at the same time as current political prisoner Aafia Siddiqui, who was shot in the chest by a warrant officer during her interrogation there.

After 14 months, Paracha was sent to Guantanamo Bay where he remained for the next 18 years. He has never been charged with a crime.

Since a military prison was established at the Guantanamo Bay Naval Base in January 2002, just a few months following the attacks of Sept. 11, 2001, as many as 779 adults and children are known to have been incarcerated there. All of them were Muslim, and many never knew the reason for their detentions, beyond their religion and national origins. In recent years, the vast majority — 732 of them — were released without charges. Out of the 39 who remain under “indefinite detention,” 27 have never been charged with a crime, and 14 have been cleared for release by the military tribunal, yet remain locked up.

The military court at Guantanamo agreed to release Seifullah Paracha over a year ago, concluding that this grandfather, who suffers from diabetes and heart disease, was “not a continuing threat.”

Paracha’s son Uzair was also kidnapped and imprisoned at Guantanamo Bay for 18 years. He was arrested a few months before his father and sentenced to 30 years in prison. A U.S. district judge finally threw out his conviction 18 years later, saying in his decision that “allowing the defendant’s conviction to stand would be a manifest injustice.”

Authorities gave no explanation for why it took so long for Seifullah Paracha to finally be freed. He described his time at Guantanamo in an interview before his release:“It’s like being alive in your own grave.”

One of Paracha’s lawyers, Clive Stafford-Smith, said in recent months the 75-year-old took to humming the song “Hotel California” to him during their meetings: “You can check out any time you like, but you can never leave.”

The U.S. first established a naval presence on Cuba’s southeastern coast during the U.S. Marines’ invasion in 1898 and has maintained an illegal occupation force in Guantánamo Bay for over 120 years.

Pursuant to a 1903 “lease agreement,” the U.S. continues to send a monthly $4,085 rent check to Havana for the land. In his 2001 essay, “The Empire and the Independent Island,” Fidel Castro wrote that since the 1959 revolution, the Cuban government has refused the payments as a form of protest. He once showed a television crew a desk drawer stuffed full of the uncashed checks. (Reuters, Aug. 17, 2007)

Castro wrote that the U.S. needs the Guantanamo Bay Naval Base “to humiliate and to carry out the filthy deeds that take place there. If we must await the downfall of the capitalist system, we shall wait.”