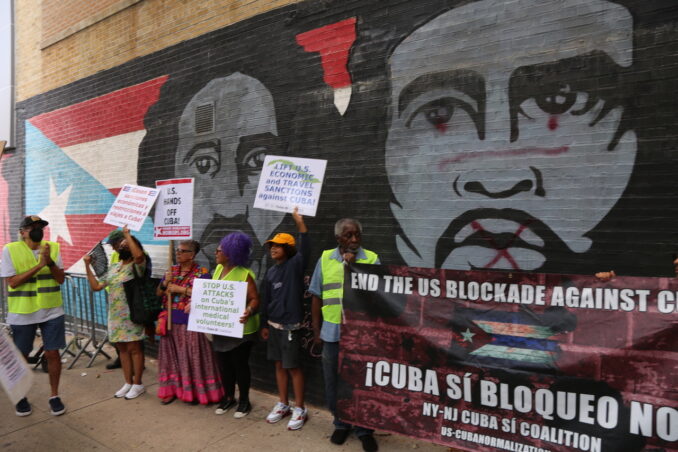 Cuba solidarity activists gathered Aug. 27 at the First Spanish Methodist Church, The People’s Church in East Harlem, New York City, and then marched to the Dos Alas (Two Birds) Mural at 105th St. and Third Ave. The mural portrays Che Guevara, a leader of the Cuban Revolution, and Pedro Albizo Campos, head of the Puerto Rican independence movement against the U.S.

For more than 20 years, the mural has stood as a revered landmark of solidarity and struggle; and only since last year it had been vandalized by right-wing haters of Cuba, who support the U.S. blockade of Cuba.

Youth took up paint brushes and once again restored the mural and its moving message.

— Photo and caption by Brenda Ryan