Record numbers of women and gender-oppressed people are being locked up.

Writing for the Guardian, Marianne Kaba estimated that between 71% and 95% of incarcerated women have experienced physical violence from an intimate partner. As children and adults they experienced multiple forms of physical and sexual violence. This has been dubbed the “abuse-to-prison pipeline.” (Jan. 3, 2019)

Advocates who work with women and gender-oppressed people who have defended themselves against violence state that they are being imprisoned in large numbers, sometimes receiving extreme sentences like life without parole, while others are deported.

Survivors are punished for defending themselves and their children. They are criminalized because they have removed their children from abusive situations, have been coerced into criminal activity and have committed “crimes of survival” in order to live. Poverty makes women and gender-oppressed people more vulnerable to violence under capitalism, whether it is from the state or domestic partners. 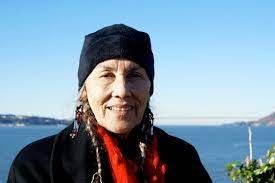 Yvonne Swan Wanrow, a Sinixt Indigenous mother, shot and killed a known sexual predator William Wesler in August 1972. He had tried to grab her son and threateningly approached her young nephew when he was asleep. He had previously raped her babysitter’s daughter. When told by neighbors of Wesler’s actions and that he had been seen prowling around the area, the police did nothing.

Wesler, more than 6 feet tall and a heavy man, was intoxicated when he entered Wanrow’s friends’ home, where she was with her family. He refused to leave. Wanrow was 5’4″ tall, weighed 120 lbs and at the time was wearing a cast on her foot. When Wanrow called out the front door for help, no one responded. When she turned around, Wesler was almost upon her, and Wanrow pulled her gun and shot him.

She was convicted by an all-white jury and found guilty of second-degree murder and first-degree assault. Her case became known as the first women’s self-defense case. It set a legal precedent and would impact other cases of self-defense by women and gender-oppressed people to come.

Impact of the American Indian Movement

In 1975 an appeals court reversed Wanrow’s conviction and ordered a retrial.

During the period of her trial and after, the anti-Vietnam War movement, the Indigenous struggle, the women’s movement and the movements against racism, sexism and for self-determination were in full swing.

The American Indian Movement (AIM) occupied the town of Wounded Knee, South Dakota, on the Pine Ridge Reservation on Feb. 27, 1973. They were responding to a call for support from traditional elders in the community during a period of violence by then-Oglala Tribal Chairperson Dick Wilson’s tribal police, who were then collaborating with the FBI and the Bureau of Indian Affairs.

AIM had been protesting the U.S. government’s “termination policy,” which tore Indigenous children from their families, weakened the power of tribal governments and cut federal assistance for education and health care, keeping the majority of Indigenous people living in poverty. They were active in fighting against police harassment, especially in Minneapolis where AIM was founded. AIM stated that Indigenous people made up 70% of the population in the Minneapolis city jail but were only 10% of the overall population. (John William Sayer, “Ghost Dancing the Law: the Wounded Knee Trials,” 1997)

The prosecution appealed the reversal of her conviction to the Washington Supreme Court. When Wanrow attended the trial of AIM leader Russell Means in 1975, she saw Center for Constitutional Rights lawyer William Kunstler at work, and she wanted him for her lawyer. He referred her to their women’s division, and Elizabeth Schneider and Nancy Stearns became her attorneys. They filed a supplemental brief for Wanrow with the Washington State Supreme Court in 1976.

Up until this point, the law or a court had never taken into account the right of a woman to self-defense and what self-defense meant. Before the Wanrow case, self-defense was not seen as a viable defense strategy for women who killed their abusers. The jury in her case was instructed to determine what degree of force would be necessary to use for a man facing a man, not a woman against a man. The use of weapons was not taken into account for a conflict of women against men, or if the person believed they were in danger.

A new law instructed the jury to take into account not whether they thought the defender was actually in danger, but whether the defender themselves thought they were in danger. The judge had restricted Wanrow’s ability to use a self-defense claim. Racism and sexism also needed to be taken into account. This is what her defense committees and lawyers worked hard to do.

On the morning of Feb. 23, 1976, Wanrow sat in a Spokane, Washington, courtroom, flanked by her two women lawyers. AIM members packed the courtroom, standing against the walls and filling the aisles. Outside, the sound of drumming, singing and chanting filled the air, as hundreds more AIM members and supporters took over the parking lot.

Wanrow could not know it at the time, but her case would be precedent setting for women who defend themselves or their children against domestic, physical or sexual violence.

On Jan. 7, 1977, the Supreme Court of Washington ruled in her favor; a new trial was ordered. In April 1979 Wanrow pled guilty to manslaughter and second-degree assault. She received five years probation and one year of community service. She had only served three days in jail.

Reflecting on her struggle, Wanrow said, “That was what saved me, to focus on something else, minimize my personal struggles. It put me in solidarity with other Indian people. Instantly, I was sympathetic to AIM. I understood it as being a spiritual movement. American Indian Movement — that doesn’t sound like any military force to me. It sounds like the wind. It sounds like a spirit, a spirit of defense. We are in defense of our land, our life and our human rights. There is nothing wrong with self-defense, and self-defense is not a crime. . . .” (“Fighter for Women’s Rights Tells Her Story of Self-Defense,” Seattle Post Intelligencer, April 8, 1983)

Many cases of women and gender-oppressed people defending themselves and their families against violence followed Wanrow. Some well-known but most unknown. Political discussion and activism around self-defense and violence against women became a very important topic of political action and discussion in the progressive movement at that time.

Here are a few cases:

Joann Little was the first woman to be acquitted of murder in the name of self-defense. If convicted, she would have faced the gas chamber. Little, while in prison, defended herself against a jailor who was raping her. The guard was 6 feet tall and 200 lbs. Little was 5’3″ and 120 lbs. Joann Little defense committees, vocal and active, were set up across the U.S. and internationally and were a key to her acquittal.

Angela Davis wrote of her case: “Joann Little may not only have been the victim of a rape attempt by a white racist jailer; she has truly been raped and wronged many times over by the exploitative and discriminatory institutions of this society. All people who see themselves as members of the existing community of struggle for justice, equality and progress have a responsibility to fulfill toward Joann Little.

“Those of us — women and men — who are Black or people of color must understand the connection between racism and sexism that is so strikingly manifested in her case. Those of us who are white and women must grasp the issue of male supremacy in relationship to the racism and class bias which complicate and exacerbate it.” (Joann Little: “The Dialectics of Rape,” 1975)

Days after giving birth, Marissa Alexander, a Black woman in Florida, fired a warning shot at the wall, when her abusive estranged husband threatened her and she was unable to escape. The mother of three was in prison for three years and under house arrest for two. She was released in 2015 following a national campaign to free her.

CeCe McDonald, a Black trans woman, and her friends were forced to defend themselves on the streets of Minneapolis. Struck in the face with a glass by a bar patron with Nazi tattoos, CeCe stabbed him in self-defense, and he died. An international defense committee was mounted. McDonald served 19 months in prison and was released in January 2014. McDonald spoke around the country in support of survivors of violence and abuse, especially trans people. Workers World writer Leslie Feinberg wrote extensively on McDonald’s case. (workers.org/2012/12/5776/)

In California, Wendy Howard and her children had been abused by her partner since 2002. The abuse was verbal, physical and sexual. Howard tried to stop the abuse, but the district attorney and police did nothing. In 2019 the abuser attacked Wendy in her home while her children and grandchildren were there. Forced to shoot him in self-defense, she was charged with first-degree murder. Howard faces a maximum sentence of 50 years to life.

Wendy Howard’s new trial date is set for September 12. During her bail hearing, the judge agreed that there was evidence of justified self-defense and lowered the bail from $1 million to $500,000. But the Kern County District Attorney still refused to drop the charges. Please go to her website: defendwendy.com/ and see how you can help.