Nancy Davis has been confronted by a terrible dilemma. She and her fiancé, Shedrick Cole, who have three children, wanted to have another child. They were very happy about her pregnancy. But instead of looking forward to having a healthy baby, the couple was shocked to get the devastating news in August that Davis was carrying a fetus with acrania, a fatal anomaly. 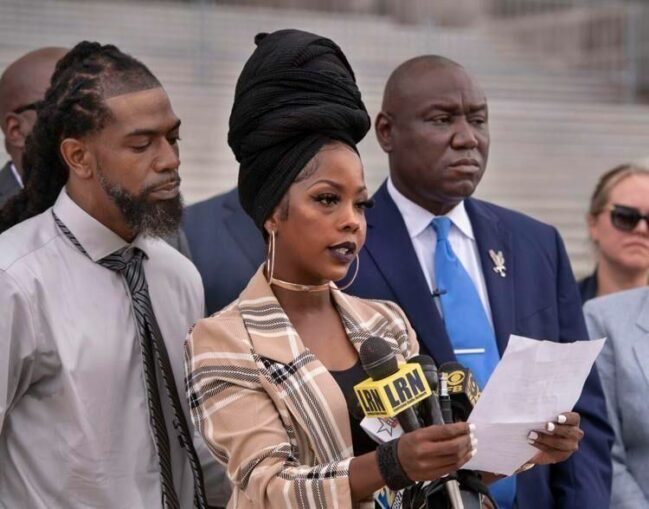 This medical catastrophe left Davis with the terrible choice of carrying this fetus to term and delivering a baby with little chance of survival, or traveling hundreds of miles to obtain a safe, legal abortion. Her story has become national news, as she is one of the first women to come out publicly with her story about how she and her family have been affected by a cruel, horrible abortion ban.

Davis had made the difficult decision to have an abortion, and she was referred by her physician to a clinic which had performed abortions. But the U.S. Supreme Court’s reversal June 24 of the 1973 Roe v. Wade ruling legalizing abortions has confused doctors, hospital administrators and government officials over what conditions allow exemptions to newly passed state abortion bans. The high court’s ruling has created chaos in states with these bans.

Administrators at the Women’s Hospital in Baton Rouge, Louisiana, where Davis had received medical care, declined her request for an abortion there, as they were afraid of being prosecuted by the state if they did so. Their decision was made in spite of the fact that doctors there had strongly advised her to terminate the pregnancy. The clinic in that city has closed down.

On July 8, a judge allowed Louisiana’s ban, one of the strictest in the country to be implemented — it bars abortions from the moment of conception or soon thereafter. Few exemptions are allowed, and “acrania,” in which a skull doesn’t properly form in a fetus, is not on the list of conditions exempted from the state’s abortion ban.

In Louisiana and other states with abortion bans, doctors and hospital officials fear prosecution, prison terms and large fines — and with good reason. Doctors and other medical professionals in Louisiana face up to 15-year prison terms for violating the ban.

Benjamin Crump, noted civil rights attorney, representing Davis, held a press conference Aug. 26 on the steps of the Louisiana State Capitol in Baton Rouge and denounced the draconian law. He called for a special legislative session to clarify the ban, so that “other women are spared the mental anguish, the mental torment, that Nancy Davis is having to endure,” or to repeal it altogether. Crump stated, “Ms. Davis was among the first women to be caught in this crosshairs of confusion due to Louisiana’s rush to restrict abortion. But she will hardly be the last.” (Guardian, Aug. 26)

Davis, surrounded by family members, supporters and attorneys, said, “This is not fair to me, and it should not happen to any other woman.” She announced that she would travel 900 miles with her fiancé to North Carolina to obtain an abortion. That trip is being financed by over 1,000 donors, who have given over $39,000 as of this writing. Donations began when she announced her tragic, difficult situation.

But it’s not only the contributions that show support. Beautiful messages of solidarity and compassion are written on the webpage where donors’ names are listed. A large number of contributions range from $5 to $25, showing the empathy felt by low-wage women workers and members of oppressed communities, in particular.