According to the World Bank, the index price of agricultural products — which includes food — is up 19% from January 2021. Corn and wheat prices are, respectively, 16% and 22% higher. For a third of the world’s countries — the 60 or so the World Bank calls lower income — this is a real crisis. The major expense of most households is food, followed by shelter. 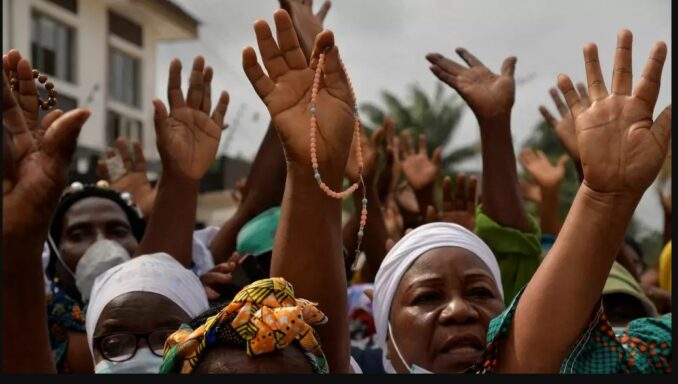 In West Africa, which includes some of the world’s poorest countries, the sharp, painful price jumps are frightening: 30% in Ghana, 22.4% in Sierra Leone, 18.6% in Nigeria, 15.3% in Burkina Faso. According to the World Food Program, 7.7 million children under age five in the Sahel face severe malnutrition.

Given projections from the International Monetary Fund that the world’s economy is, at best, slowing down, it’s unlikely that this food situation will improve soon.

The recent announcement that Ukraine and Russia had reached an agreement allowing them to export grain and fertilizers was some relief, but only a few countries in West Africa — Benin, Senegal and Togo — consume much wheat. Locally produced sorghum, millet and yams are primarily what people eat.

The fallout from COVID-19 and Ebola, two of the diseases which affect many countries in West Africa, disrupted supply chains and has driven food production costs up. The war in Ukraine and the various boycotts and embargoes flowing from the situation have caused spikes in the price of fuel, which is necessary to transport locally grown food. Activists point to the high profits oil companies are making as a major cause of growing hunger.

A number of countries in Africa, in particular Nigeria, Egypt and Morocco, produce fertilizer, but import/export restrictions and customs duties make it hard for them to supply neighboring countries. (Le Monde, 26 July)

Some officials in the African Union and the Economic Community of West African States are warning that if no substantial action is taken to relieve the growing hunger, especially in West Africa, social eruptions are likely. They point to the 30 or more sustained protests that shook many poor countries in 2008 when similar problems arose.

Market women, who sell a range of goods in African markets and are a major organized economic force in West Africa, have nationwide associations. In Sierra Leone, they called small protests beginning in early July. According to Africa News, they sponsored a march July 4 through the business district of Freetown, the capital of Sierra Leone, with placards denouncing “the price of commodities, and police brutality.” A few leaders of the political opposition were arrested in connection with this demonstration. (tinyurl.com/26c9zcbd)

The market women’s associations, along with other smaller groups, called demonstrations Aug. 10 in Freetown and the northern cities of Kamakwie and Makeni. In all three places, serious fighting occurred between cops and protesters. Police claim three cops were killed in Kamakwie, one in Makeni and two in Freetown. At least 13 civilians were shot dead in Freetown, according to morgue attendants. A press report from Makeni said that four civilians were killed there.

From videos and photos of the incidents, the protesters seem to be mainly young people.

Protests on Aug. 12 were centered in various areas of Freetown, where the cops used live fire to break them up. A high number of casualties were reported.

Given the dire situation in West Africa, it is likely these protests in Sierra Leone will not remain isolated, but will spread to other countries in the region.