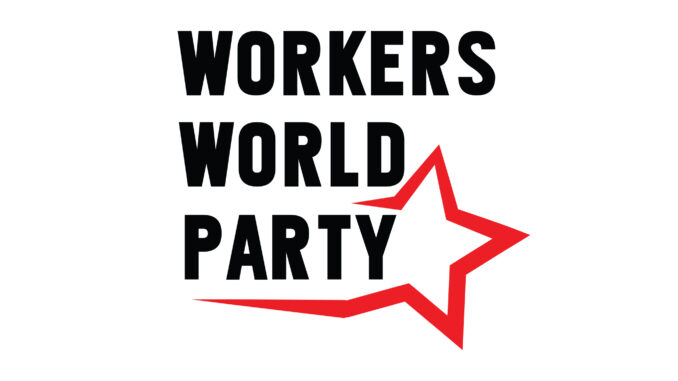 The FBI attacked July 29. It tried to weaken those within the United States who are organizing to stop the U.S.-led NATO aggression against Russia. All of us who are waging that antiwar struggle must join to stop the FBI’s attack.

The FBI invaded the offices of the Uhuru Movement and the African People’s Socialist Party in St. Petersburg, Florida, and in St. Louis. These political police hurled flash-bang grenades into the home of APSP chairperson Omali Yeshitela and handcuffed Yeshitela and his spouse while the house was being raided.

The FBI pretext for the raids was that people in the organization had alleged connections with a Russian national charged with “spreading propaganda in the United States.”

The APSP had participated in a conference in Russia in 2015 — as did other anti-imperialist and antiwar organizations based in the U.S. The right to attend such conferences — to learn the truth when the imperialist media provides nothing but an avalanche of lies — is a right we have and must defend.

Why did the FBI make this attack?

Let’s look at the facts — political facts that are withheld or distorted in the corporate media and by the government:

Over decades, Washington and its NATO allies have broken all diplomatic promises and pursued aggressive acts against Russia. The U.S. and its state agents considered Ukraine a target for NATO membership. They organized and aided two coups, in 2004 and 2014, to place forces hostile to Russia at the head of the Kiev regime.

Elements the U.S. backed in the 2014 coup, which remain strong in Kiev’s army and police, include pro-Nazi forces dating from World War II. Ever since the 2014 coup, the Kiev regime has waged war against the Russian-speaking Ukrainian citizens in the Donbass region, killing 14,000 people. Meanwhile NATO has expanded toward Russian borders.

Realizing these threats, the Russian government intervened militarily this year in Ukraine to stop the NATO/Ukrainian offensive.

Proxy war and the Big Lie

Since the winter, Washington has escalated the proxy war against Russia, sending tens of billions of dollars worth of weapons to Kiev and pressuring NATO allies to stop trade with Russia. This imperialist aggression has prolonged misery in Ukraine, increased economic suffering in Europe and the world and heightened the threat of a nuclear world war.

The ruling classes of the U.S. and Western Europe have unleashed an avalanche of lies, trying to justify the U.S.-NATO intervention and to blame Russia for every ill that occurs in the world.

That the FBI attacks the antiwar movement here indicates that the U.S. rulers fear their Big Lie will fail.

Under those conditions, it is not just the right but the duty of U.S. antiwar organizations to act against the U.S.-NATO warmakers. This includes taking part in meetings in Russia.

The FBI chose to attack the APSP, a Black organization, first. That is no surprise given the U.S.’s racist history.

Workers World defends the APSP and calls on all anti-imperialist and antiwar organizations, on any who defend democracy in the United States, to do what is necessary to stop the persecution of the APSP leaders.

We note that other organizations and media have condemned the FBI and supported the defense of the APSP. This includes the Black Alliance for Peace (tinyurl.com/3kbu3csn) and Fightback News (tinyurl.com/s6mz6cej). We expect this list to grow.

Stop the FBI attack on the antiwar movement!