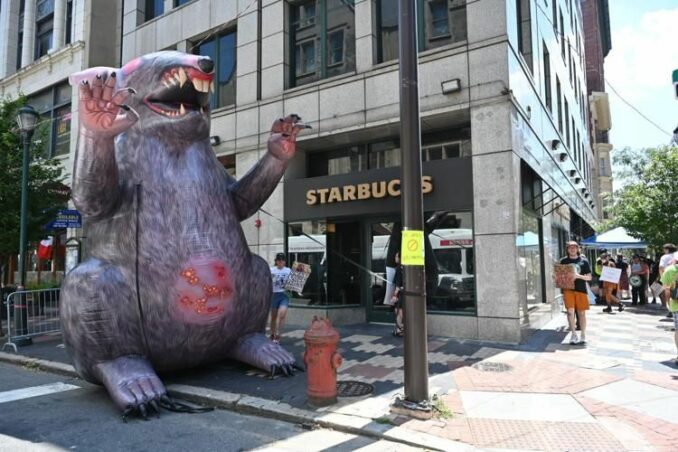 Workers at a Philadelphia Center City Starbucks store held a one-day strike July 22 to protest union-busting tactics by management. The strike began before 6:00 am and lasted into the evening rush hour. Workers formed a picket line at noon and were joined in solidarity by Teamsters union members, who brought the giant inflatable “Scabby the Rat,” symbolizing Starbucks management.

The 12th and Walnut Streets coffee shop is one of five Starbucks locations in the city that won their union elections. Ballots for that store were counted in June. There are now over 200 union stores nationwide.