Young people who backed Joe Biden in 2020, because they feared or hated Donald Trump, are now fed up with the Democratic Party. Fed up, disillusioned, disgusted and looking for new solutions.

That was the message in a July 14 article in The New York Times interviewing youth from around the country. And in a poll published a day earlier. The articles warned the Democratic Party leadership they faced a midterm disaster.

The interviews showed that youths supported Biden in 2020 because he promised to defend abortion rights, fight the climate crisis, impose gun controls, provide affordable health care, crush COVID-19 and rebuild the infrastructure to stimulate the economy while reducing inequality. 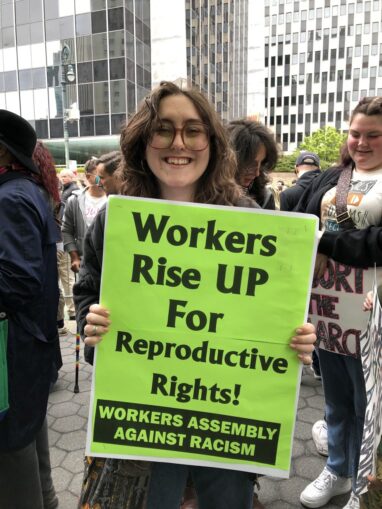 He failed on all counts. Biden abandoned Build Back Better, barely contested SCOTUS on Roe v. Wade, reopened oil and gas leasing in the Gulf of Mexico, changed nothing regarding assault weapons and now presides over 2,500 COVID-19 deaths per week while boasting victory.

The administration failed to defend the rights of people with disabilities and has overseen increased police budgets, without eliminating the systemic racism that sparked massive protests in summer 2020.

One West Virginia senator, owned by the power monopolies, has provided the administration’s excuse for failing to set climate rules, pass stimulus programs or eliminate inequalities. Even some Democrats are asking to remove Joe Manchin, even if it costs them their Senate majority. They have accomplished nothing anyway with Manchin as their 50th vote in the Senate.

Oops, we exaggerate. The Biden leadership has been assertive in one area: warmaking. Democrats just joined with Republicans in the House of Representatives to pass a bill by 329-101, adding $37 billion to the already bloated $803 billion budget Biden proposed for the U.S. Armed Forces, for a total of $840 billion.

Regarding militarism, that is, projecting U.S. economic, political and media power worldwide and dominating the world, the Democratic Party and the Republican Party have always been in agreement. There’s a reason revolutionary Marxists label them twin parties representing U.S. imperialism: They are. They will prove this once again as the Senate approves the military spending bill.

Life experience is teaching youths the frustration that comes from expecting an electoral victory of the Democrats to solve life’s problems. Understanding that the Democratic Party is part of the problem is the first step toward a solution.

Our task, however, is not simply to show that both Republicans and Democrats are enemies of the multinational working class and that neither imperialist party offers a solution. We must open a path to struggle that can bring real changes.

Fortunately, there are real struggles beginning among the people that can lead to the answer. Here are two of them:

Mostly young people at unorganized major corporations — Amazon, Starbucks, Apple and some of the retail superstores — have begun organizing unions and have won votes to unionize. Their organizing has drawn solidarity — from other young people, from those unions that have a fighting leadership, from other groups battling for their rights — which has led to solidarity actions uniting different sectors of the working class in joint struggle. (See the lead article in this July 21 issue.)

In response to the SCOTUS decision to overthrow Roe v. Wade and to the atrocities this decision has already provoked, organizations with a history of fighting for the right to reproductive choices and for obtaining health care for women and anyone who can become pregnant have been mobilizing. The network exists and volunteers are expanding it.

Both these paths to struggle can be independent of the two imperialist parties. They can, taken together with other examples, lead to forming organizations like the Workers’ Assemblies discussed in Workers World newspaper. Workers’ Assemblies can operate to coordinate the struggles on issues to challenge power on a systematic level.

Understanding the role of the two imperialist parties is a start.