Across the hottest places in the U.S., people in prisons, jails and detention centers often face unbearable and sometimes lethal conditions behind the walls, where air conditioning is not provided.

Data compiled and analyzed by The Intercept shows that Texas in particular has more jails, prisons and detention centers impacted by severe to extreme heat than any other state. The state prison system has spotty air-conditioning coverage at best. When the information was last made public in 2020, parts or the whole of around 70 Texas prisons, with a combined capacity of 122,000 potential imprisoned people, had no air conditioning. (The Intercept, Feb. 12)

The Texas Department of Criminal Justice (TDCJ) spent $7 million fighting a lawsuit by prisoners demanding AC at the Wallace Pack Unit near College Station, where it would have cost only $4 million to do it. (Texas Tribune, March 21, 2019) 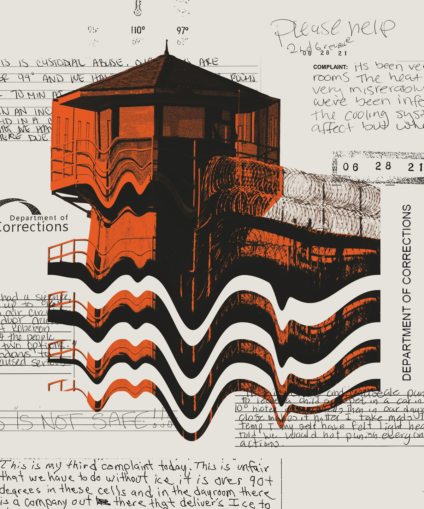 When Texas Governor Gregg Abbott served as Attorney General of Texas from 2002-2015, he defended TDCJ from heat lawsuits. (The Intercept, Feb. 12) For many years TDCJ has had a hard time retaining guards at safe staffing levels, as they cannot stand the heat behind the walls without AC. (The Marshall Project, November 1, 2021)

Cruelty is often the point of this abuse, as refusing to install air conditioning is a matter not just of short-term cost savings but of appearing tough on crime. In 2014, the people of Jefferson Parish, Louisiana, only voted to build a new jail after local leaders promised there would be no air conditioning.

Benny Hernandez, an incarcerated man in Texas, told Prison Policy Initiative how torturous heat is in prisons: “It routinely feels as if one’s sitting in a convection oven being slowly cooked alive. There is no respite from the agony that the heat in Texas prisons inflicts.”

Health conditions, such as diabetes and obesity, as well as taking psychotropic or high blood pressure medications, can limit anyone’s ability to regulate heat. Older people are highly susceptible to organ failure in the heat. Extreme heat is an enemy to health, especially when you are confined to a cage, and this is especially compounded during the COVID-19 pandemic.

Poor health conditions are often caused by the prison, jail or detention center facilities themselves. “Prisons are too often built near (or directly on) abandoned industrial sites, places deemed fit only for dumping toxic materials. One-third (32%) of state and federal prisons are located within 3 miles of federal Superfund sites, the most serious contaminated places requiring extensive cleanup.” (tinyurl.com/PrisonEnvironInjustice)

In New York City, the Rikers Island jail complex is on the same site as a landfill, where the toxic fumes from poorly decomposing trash are so bad that correctional officers working at the facility have sued the city.

Flooding in highly incarcerated states like Texas and Louisiana have caused some imprisoned people to be evacuated before storms into packed gymnasiums, with others left in the wake of devastating hurricanes in locked cells and waist-high water and sewage for days.

Prisons, jails and detention centers are a public health crisis in a myriad of ways. The people typically locked behind the walls are disproportionately Indigenous, Black, Latinx, LGBTQ+, disabled and often a combination of multiple interlocking oppressions.

The conditions of the cages in which they are locked constitute a modern, ongoing genocide. Under capitalism prisons, jails and detention centers are operated as concentration camps for the poor and oppressed members of the working class. They produce conditions rife with mass death.

It is on us to abolish the material conditions that made this system of mass incarceration possible. Free them all for public health! 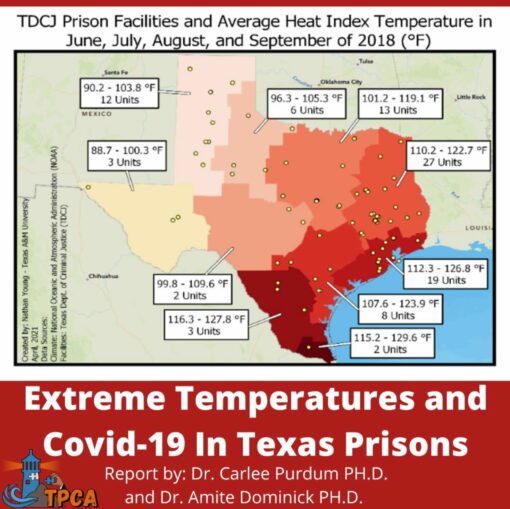