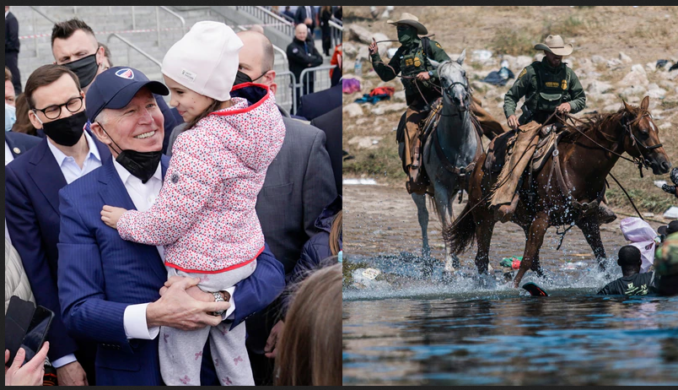 Haiti is in a process of collapse in its ability to function as a country on a daily basis. Half of its people don’t have access to clean water and have trouble finding enough food to feed themselves and their families. Social services — education, roads, public health care in this time of pandemic — and other types of social and physical infrastructure have nearly vanished.

Haiti had not recovered from a major earthquake in 2010 that devastated Port-au-Prince and left hundreds of thousands of people dead or homeless, when another earthquake hit southern Haiti in 2021. There was no adequate response to devastation from the earthquakes or that of the hurricanes and tropical storms. Workers and impoverished farmers were left facing a future they had little hope of surviving.

This chaos has now been intensified, because Haiti’s governmental structure has fallen apart. The assassination of President Jovenel Moïse in 2021 — whose ultimate authors have still not been uncovered — and the inability of Haitian politicians, year after year, to call elections has deepened this uncertain drift. The menace has been increased by the ability of criminals to kidnap almost anyone for a profit, even forcing bus riders to pay a ransom.

On top of runaway corruption and the dissolution of the political system, daily reality has become even more punishing for the population, as inflation has spiked almost 27%, the highest in 19 years. When the “Five Second Gang” seized Haiti’s main courthouse by force of arms (and probably some inside help) and began selling its furnishings, such as air conditioners and computers, on the public market, the cops declined to act, claiming they didn’t have the heavy weapons they need to match the gang’s firepower.

The United States, with France’s assistance, has played a dominant role in creating Haiti’s current collapse, while the presence of the U.N. in different guises has let the U.S. draw a veil over its role.

At the end of February 2004, with insurgent forces on the outskirts of Port-au-Prince, the U.S. kidnapped democratically-elected President Jean Bertrand Aristide and his spouse, Mildred Trouillot, and flew them to the Central African Republic. U.S. troops, together with contingents from France and Canada, set up an interim government in Haiti. This was then replaced that June by the U.N. mission MINUSTAH, an acronym of its name in French. Thirteen years and $7 billion later, MINUSTAH was replaced by BINUH — a French acronym for the United Nations Integrated Office in Haiti. Its mission was restricted to overseeing the cops and court system. BINUH’s mandate is now up for renewal by the U.N.

David Oxygène, secretary general of Moleghaf, told the Haitian news site AlterPresse June 17: “Under the control of the United States, the great imperialist powers still occupy Haiti. The question of renewing the mandate of BINUH falls within a logic of removing the sovereignty of Haiti, so that it is the international organizations which organize the elections in the country and place satellites in political power.” Moleghaf is a progressive movement for liberty, equality and fraternity of Haitians.

There appears to be some maneuvering going on in relation to BINUH. Haïti-Liberté, a Haitian weekly out of Port-au-Prince and Brooklyn, reported a meeting between Helen La Lime, the head of BINUH and a former top U.S. diplomat, and former President Aristide.

The daily contribution of the United States to Haiti’s current catastrophe is hundreds of deportees. In May the U.S. deported over 4,000 Haitians, a record, bringing the total number of deportees during the Biden administration to over 25,000. These were deported to a country in the throes of crisis created by colonialism and imperialism — a country lacking food, potable water, shelter, health care, jobs and physical safety for most of its people.

These deportees are the ones that Immigration and Customs Enforcement determines to be not covered by the Temporary Protective Status, established for some Haitians living in the U.S. before July 29, 2021. TPS was granted then because of dangerous conditions in Haiti.

The Border Patrol agents mounted on horseback have driven back Haitian refugees at the Texas border. The U.S. Coast Guard is turning back and repatriating hundreds of poor Haitians fleeing by boat, generally overcrowded sailing boats.

A number of U.S. organizations, especially the Black Alliance for Just Immigration, have contrasted the racist treatment of Haitians to the Biden administration’s promise to welcome 100,000 Ukrainian refugees — who are overwhelmingly of white European descent.