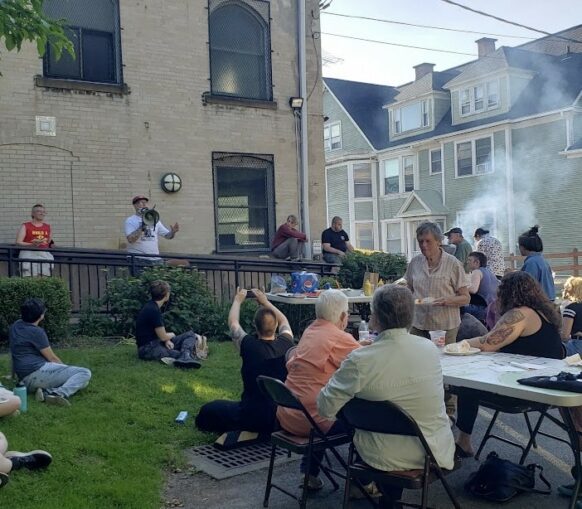 Workers World Party’s Buffalo branch kicked off its third annual People’s Pride event on June 14. Members and people from the community gathered for a cookout and a screening of “Pride,” a historic film made in 2014 about the London-based group “Lesbians and Gays Support the Miners,” which raised funds and support for the striking miners in Wales in 1984.

Statements were made by Arjae Red and Lydian Standeford, who stressed that racism, gender, sexual and other oppressions are integral to and indispensable components of class oppression. This message was reaffirmed by the movie’s retelling of the dogged solidarity demonstrated by the lesbian and gay grouping to the miners. Both the miners and LGBTQ+ people were under attack by British Prime Minister Margaret Thatcher’s brutal, inhumane Tory government.

People’s Pride in Buffalo originated during the absence of the corporate Pride Parades in 2020 and 2021. With the return of the bank- and police-loving Pride Parade to Buffalo this year, WW members held their ground and kept the militant tradition alive.