Roughly 250 workers at the Collins Aerospace plant in Union, West Virginia, have been locked out of their jobs since May 23. Employees were unexpectedly met with heavy duty blockades all along the gates throughout the entrance area as they arrived to work that day. 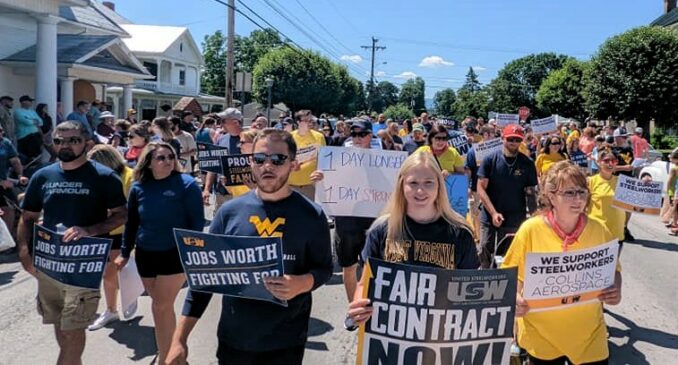 The workers belong to United Steelworkers Local 1449 and are defiantly holding down two picket lines in front of the factory. Workers World visited the picket lines and spoke with several picketers, half of whom are women.

The locked-out workers were directed by the USW District 8 leadership not to say much publicly about specific details, but they offered a statement from District 8 Director Larry Ray. The statement declares “Collins Aerospace must be made accountable for its decision to hold our jobs, families and community hostage over issues that should be resolved through collective bargaining.” Furthermore, “Management needs to end this lockout immediately, return these workers to their jobs and resolve our differences at the table.”

One locked-out worker told WW, “What I can say is, the company offered a lousy contract on Saturday that most of us voted down, and on Monday we were met with a nasty blockade.”

Collins Aerospace is a subsidiary of Raytheon Technologies, one of the largest U.S.-based weapons manufacturers.

The company has no excuse for operating in such bad faith. Just days before Collins Aerospace offered their unpopular proposals, Raytheon, along with Lockheed Martin, was granted two contracts worth $309 million by the U.S. Army for their joint venture in creating Javelin missiles. (Reuters, May 16)

Javelin missiles are anti-tank rockets that the U.S. continues to give the puppet government of Ukraine to prolong its proxy war against Russia. As of early May, the U.S. has sent over 5,500 Javelin missiles to Ukraine. (NPR, May 3) 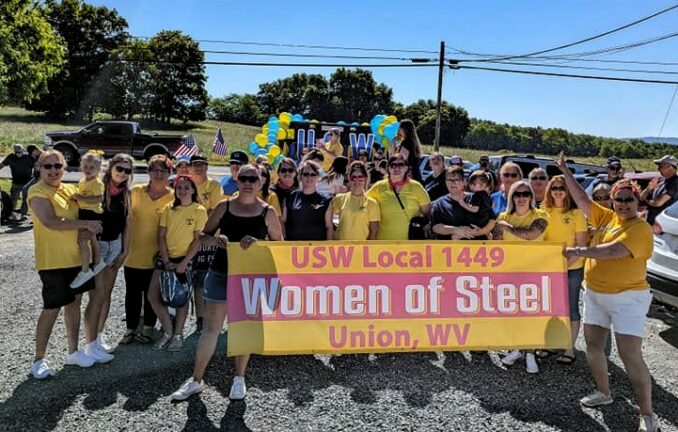 The workers and their family members standing on the pickets at Collins Aerospace are not benefitting from the war games being played by their bosses. They just want to get back to work and not worry about when their next paycheck will arrive. Many of the locked-out workers spent decades of their lives working at the facility, and they now feel like it was all done in vain. Some are fearful about losing their retirement.

Only a sick system permits a corporation to shut out its workforce for wanting a fair contract, while, at the same time, raking in massive profits at the cost of innocent lives. Despite all the systemic challenges, the workers are standing united as they enter their third week locked-out.