Every four years the American Federation of Labor-Congress of Industrial Organizations meets in a convention to talk about its achievements and what must be accomplished in the near future. You will hear many speakers from the building trades, teachers unions, service workers, etc., in consonance when it comes to who they support politically, trade deals that affect them, infrastructure projects that they think are warranted and so on.

What you won’t hear even mentioned with a whisper is the union-busting activities in Puerto Rico by the Electrical Workers union (IBEW). Another topic that will not be brought up is the American Federation of Teachers’ failure to support Puerto Rican teachers in their fight against austerity measures, brought on by a dictatorial fiscal control board, to reduce pensions, sick pay, holiday pay and bonuses, which were hard-fought battles against anti-union governors on the island. 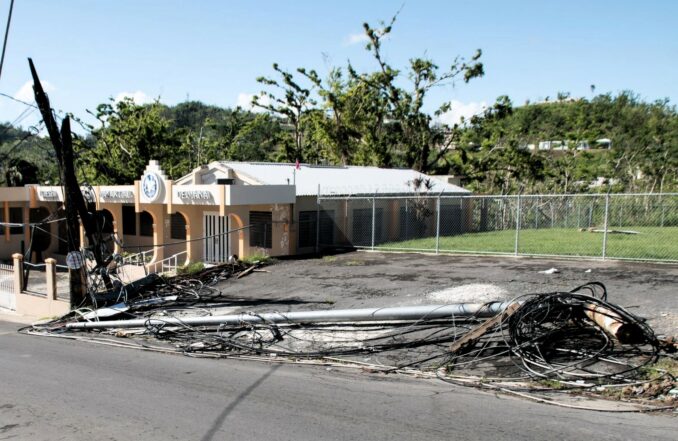 You will not hear at the AFL-CIO convention about Puerto Rico’s illegal debt and how it must be paid to Wall Street through pension cuts, privatization and reduction of services. Nor will it be mentioned that IBEW Local 222 members crossed picket lines of the outside line workers’ union in Puerto Rico, Electrical Industry and Irrigation Workers Union (UTIER).

You will not hear about the IBEW support of contractors like Luma Energy (subsidiary of Quanta Services and Atco), which has been given the contract to rebuild Puerto Rico’s electrical grid from damage caused by Hurricane Maria in 2017. Luma has not upgraded the electrical grid and has also not incorporated wind and solar power onto the grid. It is just reaping the profits of its contract.

Nothing will be said about Luma’s transparency issues, lack of quality service and lack of sufficient workers to do the job. Luma has done such a poor job, and it has hiked electrical rates six times in less than a year of service.

One thing that will totally be ignored by the AFL-CIO is Puerto Rico’s political status as a colony of the U.S. and the need to support workers’ rights and end this abusive relationship.

Return to labor’s radical past!

Union organizing in the U.S. dates back to the early 19th century but gathered strength during the Great Depression of the 20th century. Leaders of the union movements then were from the far left — communist, socialist and anarchist. Government forces attacked union organizers, using violence as well going to the extreme of assassinating leaders. Unions would fight back by organizing and defending themselves from repressive forces, which they had a right to do.

Many of these unionists in the 1930s were sympathetic to the Bolshevik Revolution, in which workers took power away from the Czar in Russia and put the wealth in the hands of the working class, which would transform the Soviet Union’s economy, as well as have an impact all over the world. With a strong, noncollaborationist approach toward the bourgeoisie, that labor movement created an environment which witnessed the eradication of child labor, and establishment of workers’ rights, collective bargaining, benefits, job health and the eight-hour workday plus overtime pay.

These accomplishments of unions we applaud and bow our heads to. What we don’t applaud is where much of the union movement is going in this country. The union leaders no longer challenge corporate America, instead aligning themselves with either of the two corporate parties without realizing the dire consequences that this merger produces. The AFL-CIO follows the mainstream media’s position on war. There is no fundamental solidarity with workers in other countries.

The two labor federations adhere to the old Cold War mentality, denouncing communism when they should be denouncing capitalism and its exploitative policy toward the working class around the world. They refuse to challenge the police state as well as U.S. foreign policy, which has led to the decline of unions and organizing efforts worldwide. This has resulted in the labor movement’s docile leadership becoming vassals to capital and obstructors to progress.

Given how they treat Puerto Rican workers, imagine what African Americans and all other oppressed workers in this country must think about the leadership of the AFL-CIO. This is why it is time for new and progressive leadership within the ranks of the AFL-CIO. This can only happen when the membership stands up to its leadership, reverses course and returns to the radical days of the past.