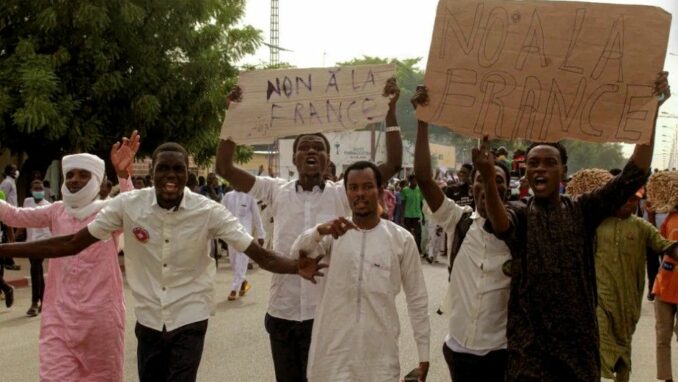 Several hundred people demonstrated May 14 in N’Djamena, capital of Chad, against the presence of France in north-central Africa and in support of the anti-French struggle in Mali.

Demonstrators burned at least two flags of the former colonial power and vandalized several Total service stations, a “symbol” according to them of France, tearing off gas pumps.