The following is one installment of Feinberg’s “Lavender & Red” series on the intersection of LGBTQ+ and socialist history, which appeared Sept. 21, 2007, in Workers World newspaper. The 120-part series was published between 2004 and 2008 and can be downloaded free at workers.org/book/lavender-red/. 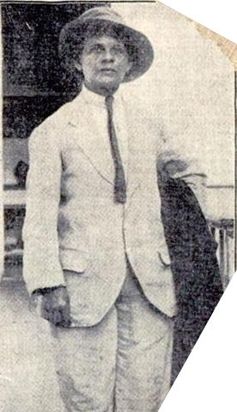 Luisa Capetillo, one of Puerto Rico’s most famous labor organizers and women’s rights leaders in the 20th century, was arrested and jailed for wearing men’s clothes in public.

The imperialist ruling classes would be relieved if these movements would now redirect their collective ire against laws still on the books in today’s former colonies and neocolonies.

What the official imperial histories have all but obscured, however, is that these same colonial and imperialist powers were the ones that [first] imposed laws against same-sexuality and narrowed gender/sex expression all over the world.

The policing of sexuality and gender expression — and the very existence of police as a repressive force — are rooted in the development of class society.

Reactionary laws that narrowly defined the sexes, degraded the economic and social status of women and justified state repression and harsh penalties for same-sex love and gender diversity were instituted around the world wherever patriarchal class rule overturned matrilineal pre-class societies.

In some societies the change was slow and gradual. Labor techniques over centuries became more productive, leading to the accumulation of surplus. The struggle that ensued over control of this surplus resulted in the overturning of cooperative economic and social relations.

In other cases, pre-class communal societies were conquered by the armies of patriarchal ruling classes. In those instances, matrilineal kinship lines were severed abruptly.

In both instances, the “new world order” served the dictates of patriarchal private ownership of the new social wealth.

Lex Scantia — one of the earliest known laws against same-sex love — was written during the early Roman Empire in the third century B.C.E. The Roman Emperor [in the East] Justinian blamed homosexuality for floods and earthquakes — not unlike today’s U.S. theo-cons who claim AIDS and Hurricane Katrina are the wrath of an avenging Jehovah against gay men and lesbians.

The Roman Code of Theodosius in 390 C.E. is an example of the historical intertwining of anti-homosexuality laws with gender/sex enforcement. The edict stated that “All of those who are accustomed to condemn their own manly body, transformed into a womanly one, to undergo sexual practices reserved for the other sex, and who have nothing different from women, will pay for this crime among the avenging flames, in front of the people.”

The feudal ruling classes of Europe also developed harsh domestic laws as part of their conquest of communal peasants and consolidation of overall class rule.

Spain enforced its “Seven-Part Code” during the rule of Alfonso X of Castile from 1252-1284 C.E. The code was one of the first on the continent to call for castration and then stoning to death for “sins against nature,” which included “sodomy.”

In what is today Belgium, the first execution in Western Europe for a same-sex act between two men was carried out in 1292.

In one example of how the charges of “sodomy” and “heresy” were used as political weapons in an economic war, Philip IV of France called for the roundup arrests of all Knights Templar in 1308. The charges were a cover to appropriate the considerable wealth of the knights.

Queer Heritage’s online timeline notes that in 1432: “Florence becomes the first European city to set up a special authority to prosecute crimes of sodomy. Called the Uffiziali di Notte (Officers of the Night), this special court prosecuted more than 10,000 men and boys over the next 70 years. About 2,000 are believed to have been convicted. Most avoid further punishment by paying fines.”

In 1451 Pope Nicholas V empowered the Inquisition to hunt down and punish male sodomy. In 1476, Leonardo Da Vinci was twice anonymously reported to Florentine authorities on the charge of “sodomy” but was acquitted both times, because no witnesses came forward.

Historian Douglas Sanders explains that [English anti-gay] legislation “cannot be understood apart from the break of the English church from Rome and the confiscation of monastic properties. It was a first step in justifying the dissolution of the monasteries and the seizure of their endowments.” (fridae.com)

While charges of “sodomy” were often political in nature, these and other laws restructured sexuality and sex/gender to facilitate the new patriarchal class economic relations.

Persecution of same-sex love sparked some forms of resistance. For example, in the late 15th century, the campaign led by Florentine monk Savonarola against “sodomy” as an “abominable vice” was met with rebellious anger by the Compagnacci, a group of young men led by those who had been convicted of such charges.

Queer Heritage reports that in 1497: “The youths jeer and harass the preacher’s followers in the streets and squares of [Florence].” In the same city 15 years later, “A large group of young men converged on the government palace to protest the current crackdown on sodomy and to demand the release of men recently arrested.”

Overall, state repression and the dominance of the patriarchal family and marriage drove same-sex love underground.

However, from the Middle Ages to the 16th century, masking and cross-dressing as another sex continued to be woven into urban carnivals. These festivals had ancient pagan (pre-class rural) roots and were organized by all-male semisecret societies.

Some of these enduring, defiant customs from pre-class societies in Europe can still be seen today in Halloween, Mardi Gras and Mummer traditions.

Sometimes, the days of festival “misrule” authorized by the ruling feudal institutions as a social safety valve exploded into actual rebellions. In those instances, cross-gendered leaders of the festivals led the charge.

In France, for example, male-bodied “Mére Folle and her children” publicly humiliated the King’s Grand Master of Streams and Forests in Burgundy in Dijon in 1576, because the latter beat his wife and destroyed the local forests. In Lyon in the 1580s, the “Lord of Misprint” used the cover of the festival license to protest war and the high cost of bread. In 1630, another “Mére Folle” and her infantry led an uprising against royal tax officers in Dijon.

Cross-dressed males who called themselves “Lady Skimmington” fought back against the king’s enclosure of their forests in Wiltshire, England, in 1631. Also in England, “To cite but four examples, toll gates were demolished by bands of armed men dressed in women’s clothing and wigs in Somerset in 1731 and 1749, in Gloucester in 1728 and in Herefordshire in 1735.”

“General Ludd’s wives” — two male-bodied weavers dressed as women — led an enraged crowd of hundreds of workers to destroy the owner’s looms and burn down the factory in Stockton, England, in 1812.

And when in 1725 repressive campaigners raided a Covent Garden “molly house,” in an attack against “effeminate sodomites among the London poor,” those inside, “many of them in drag, met the raid with determined and violent resistance.”

In Essex, England, female-bodied “Captain” Alice Clark led a group of women and cross-dressed male weavers in an uprising over grain shortage in Essex in 1629. A report from France stated, “The tax revolt at Montpellier in 1645 was started by women and led down the streets by a virago [masculine woman] named La Branlaire, who shouted for death for the tax collectors who were taking the bread from their children’s mouths.”

As the ruling classes of Europe expanded beyond their borders to colonize peoples around the world, they brought these same laws against same-sex love and gender variation with them and enforced them even more viciously. And then, as now, the colonialists and imperialists met with fierce resistance.

Unsourced accounts can be found in Feinberg’s “Transgender Warriors” (Beacon).