On the occasion of Africa Day, several hundred South African radical left activists gathered May 25 in front of the French Embassy in Pretoria to condemn French interference in the African continent. This is the first event of its kind in this country. 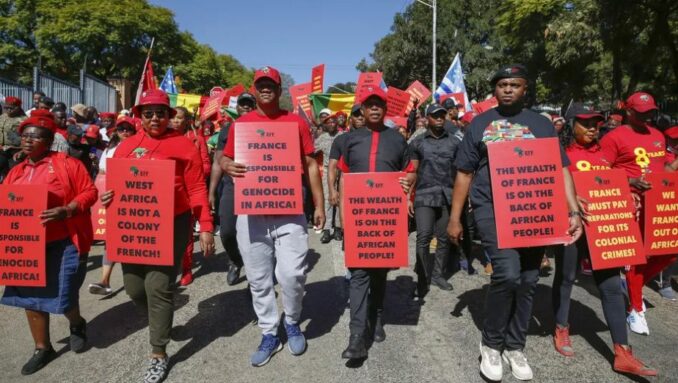 Hundreds of people were carrying red placards in party colors with anti-French slogans: “France is responsible for genocide in Africa,” “West Africa is not a French colony,” “Wealth of France on the backs of Africans,” and even “France outside.” Under the theme of the fight against Western imperialism, the march had France as its main target.