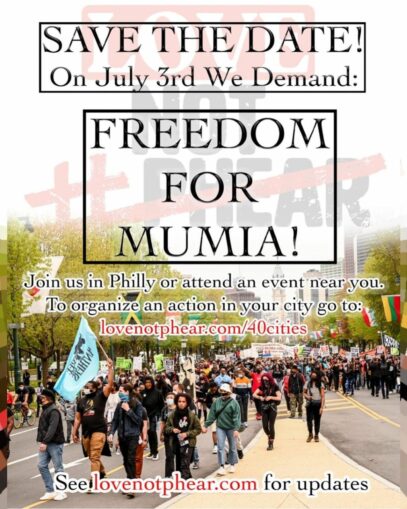 After several brutal anti-LGBTQ+ murders, including 21-year-old gay University of Wyoming student Matthew Shepard in 1998 and the beheading of 39-year old gay and homeless man Eddie Northington in 1999, Mumia Abu-Jamal wrote a letter to Workers World from Pennsylvania’s Death Row on the link between racist and anti-LGBTQ+ violence.

The sickening attacks on gay people in cities across the nation recently is a reflection of the sickness that simmers at the core of the American soul. It is here that a truly perverse hatred is bred, and from here that all attacks are launched against all who are seen as Other.

This violence, which seems psychosexual in nature, is an attack on the self, that seeks to destroy a part of the self that threatens the self. From Matthew Shepard, to Alabama, to that bloody American ground that was once the seat of the Confederacy, Richmond, violence, spawned by the dark pit of hatred and fear, is unleashed by men who claim a false and twisted “purity.”

More often than not, those who find themselves attacking gay folks violently are replaying a violence that they grew up with, or that they continue to act out of, against their family or children.

Is it a coincidence that Richmond, the city where a Black man was burned to death and decapitated, is followed several months later with the decapitation and torture of a gay man? I think not.

This cruel and savage violence must be stopped — but it won’t be the cops that stop it, for they are the agents of legalized state violence. The brutality that occurs in their own homes daily, the recent spate of cops who kill their wives and kids, more than proves it.

The people are the solution! So my thanks to the Rainbow! Ona Move! To Freedom! Free the Move 9!