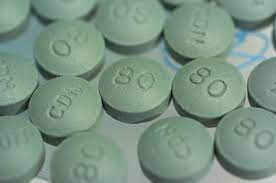 In many areas of the United States and Canada, the illicit and prescription drugs being sold on the street now contain dangerous and toxic cuts. Instead of getting painkillers or ADHD medications on the street, a user could get xylazine or various drugs related to fentanyl.

An analogue of fentanyl is a drug related to but not exactly fentanyl. Examples include furanylfentanyl, acetylfentanyl, butyrfentanyl, ohmefentanyl and carfentanil. The horse tranquilizer xylazine is unrelated to opioids. Called “tranq,” xylazine has quickly overwhelmed the street drug supply in the Philadelphia region and elsewhere in the United States. And not only heroin has been tainted, but cocaine, methamphetamines and pill presses like fake M-Box 30s and Xanax. Xylazine can cause ulcers and abscesses when injected intramuscularly or intravenously.

A big reason people turn to illicit drugs is because they have become addicted to the legal pharmaceuticals first prescribed to them. Companies like Purdue Pharma, Johnson & Johnson and Teva Pharmaceuticals, driven by profits, lied to the public about the addictiveness of their opioid drugs and rewarded doctors who pushed their product and ignored the consequences. The target of legal suits, pharma companies must now pay billions in damages to people who became addicted, to families of the deceased and to pay for treatments — although these amounts are still inadequate.

The kind of treatment available doesn’t serve every person in need. Some need to be able to continue to use drugs in a safe way. Harm reduction assumes that addicts and other drug users are human and deserve to have their lives preserved, even if they use drugs. It includes teaching drug users and addicts how to use drugs relatively safely.

One form of harm reduction is providing users with test strips that check to see if drugs contain the deadly adulterants grouped together as fentanyl. There are two other major forms of harm reduction: One is expanding access to methadone (Methadose, Diskets) and buprenorphine (Suboxone, Subutex, Sublocade and Zubsolv) to replace illegal drugs. The other is to provide untainted drugs directly to users.

Both these two forms are highly controversial, even among recovery communities, and not without problems. But they are both necessary for safety at this stage of widespread inundation of addiction.

Methadone and buprenorphine programs need expansion and reform in order to meet the needs of people living in active drug use and abuse. A waiver known as the X-Waiver is required to provide buprenorphine. This medication, known as one of the primary tools in opioid addiction treatment (the other being methadone), has tighter restrictions on its use than the opioids that caused the opioid epidemic!

Doctors can prescribe drugs like oxycontin yet cannot prescribe buprenorphine without the X-Waiver. There are some exceptions; doctors and others with Drug Enforcement Agency registration can provide buprenorphine to up to 30 patients without a waiver. This is a good step, but only a baby step, in the right direction.

Due to the COVID-19 epidemic, some reforms in methadone treatment were begun, though they risk being undone as the epidemic appears to some to be ending. The Substance Abuse and Mental Health Services Administration (SAMHSA) gave states the permission to dispense up to 28 take-home doses to patients who were stable on the medicine. Patients just starting the medicine, however, would need to come to the opioid treatment program (OTP) for observation.

It is important for people just starting methadone treatment to be observed by OTPs, as a methadone overdose can be deadly quickly, but for patients established and stable they should have their doses provided to them by a pharmacy, as is the case in Canada. Some see methadone reform as totally getting rid of the OTP model, and others see it as the continuation of COVID-19 relaxed rules.

SAMHSA’s definition of “stable” is as follows:

This impossibly strict criteria is dangerously out of reach for many methadone patients and unfairly so. For instance, alcohol is not always “abused” by those who drink it, even those with addiction or substance abuse history. “Stability of the patient’s home environment and social relationships” is one of the most difficult criteria to meet; addicts and substance abusers tend to have lost family as a result of their disorder, and their friends tend to be addicts themselves. To judge a person’s stability on whether or not their relationships have healed in the face of addiction is cruel.

Programs must be free

The danger of methadone diversion for monetary gain is overblown. It is a fact that many who divert methadone give it to addicts in dire straits, to addicts who are facing the hell of withdrawal. This writer would say that the diversion of methadone is itself a form of harm reduction, because the rules of entrance into an OTP are so high.

Many OTPs in Pennsylvania, for instance, require that one actively uses drugs. In other words, if you quit using on your own but need to get into methadone (and buprenorphine) programs, due to withdrawal or Post-Acute Withdrawal Syndrome, you have to go back out, risk your life and come back high.

Methadone and buprenorphine programs must become free to all with addiction to opioids, paid for by reparations from Big Pharma, the creator of this crisis.

There must be fairer criteria for “stability” on methadone. Instead of demonizing diversion, we should see it as a symbol of the failure of the current methods used to get people into those programs.

People in the U.S. should look to our northern neighbors for ways to approach the problem of drugs and the problem of tainted products. The Drug User Liberation Front, the Western Aboriginal Harm Reduction Society, British Columbia Association of People on Opiate Maintenance and other organizations do the most radical and revolutionary work on the ground to serve people who need diacetylmorphine (heroin), cocaine and/or methamphetamines and provide it to them.

Of course, drugs are a scourge, a ruling-class weapon against the proletariat, but it’s important to remember that at present, many people still need them.

Drug manufacturers like Johnson & Johnson, Teva Pharmaceuticals and Purdue Pharma all deceived the public about the addictiveness of painkilling drugs. They pushed drugs into villages, towns and cities without remorse. This has caused an unforeseen and unfortunate problem: People cannot tell the difference between real prescription drugs and fake pill presses. Two students at Ohio State University overdosed and died, because they thought they were getting the drug Adderall. Little did they know that it was fentanyl instead.

Drug manufacturers are responsible because they pushed and pushed opioids, causing legitimate doctors and other medical practitioners to fear prescribing medications people need.

For everyone who died because of the actions of pharmaceutical companies and a federal government that’s failing to modernize its OTPs and its methadone/buprenorphine treatments, we must take action. We can’t allow this massacre via addiction and overdose of workers and oppressed people to continue.